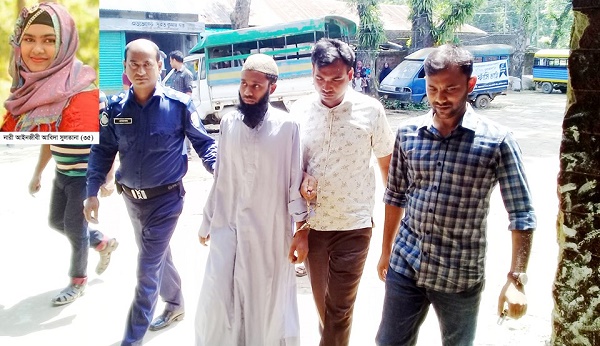 Moulvibazar Correspondent : Imam Tanvir Alam, the tenant of lawyer Abida Sultana who was found dead in Barlekha upazila of Moulvibazar on May 26, has reportedly confessed before a court to killing his landlady.

In his confessional statement made on Friday, Tanvir told the court that he murdered the female lawyer following a brawl over vacating the house, said Additional Superintendent of Police (Sadar circle) Md Rashedul Islam at a press conference on Saturday afternoon.
He said Tanvir along with his family used to reside in Abida’s house at Madhabgul village in Barlekha upazila. However, the lawyer asked him to vacate her house after being dissatisfied at his activities.

On May 26, they locked into an altercation over the issue.

Angered, Tanvir hit Abida in the head with a stick and then with the slid of a water filter, leaving her dead on the spot, the additional SP said, adding that he was alone involved in the murder.