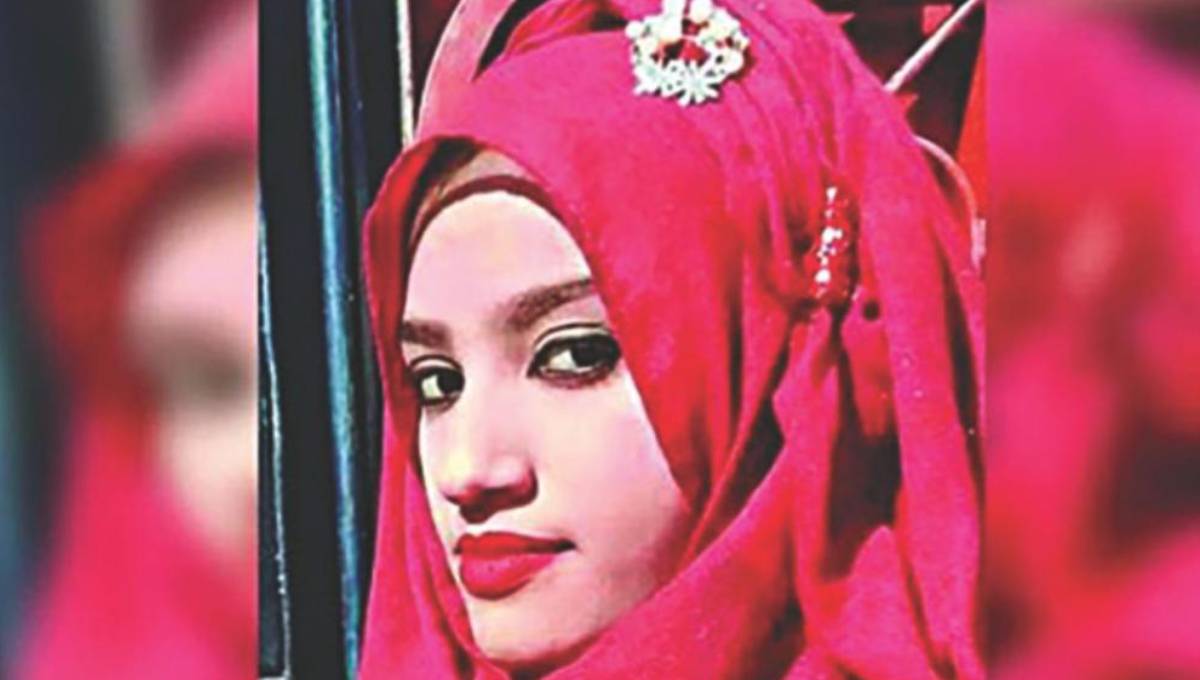 Feni, June 1 : Feni’s Superintendent of Police Kazi Moniruzzaman has sent gifts for the family members of madrasa girl Nusrat Jahan Rafi, who died after being set fire in April, on the occasion of Eid-ul-Fitr.

On behalf of the SP, officer-in-charge of Sonagazi Model Police Station Moinuddin Ahmed handed over packets of gifts to Nusrat’s grandfather Maulana Mosharraf Hossain on Saturday.

On April 6, Nusrat was set afire at an examination centre allegedly by people loyal to the principal of her madrasa after he was arrested and subsequently suspended as she had accused him of sexually harassing her.

She lost her battle for life on April 10 at Dhaka Medical College Hospital in the capital.