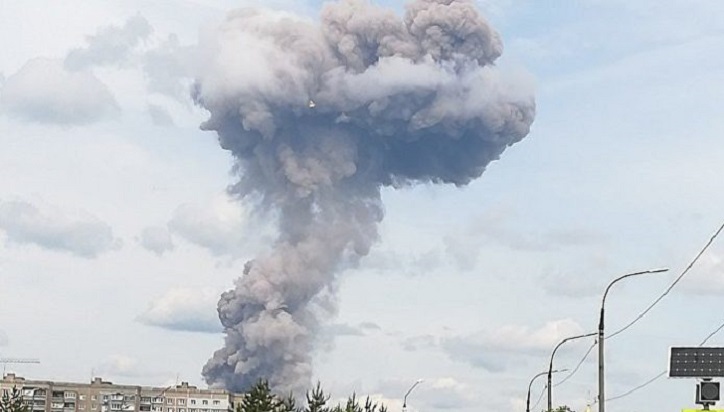 At least 19 people were injured in a blast at a major explosives plant in central Russia on Saturday, the Interfax news agency reported, citing the local health ministry.
The blast took place at the “Kristall” factory in Dzerzhinsk about 400 kilometres (250 miles) east of Moscow.

“All of those who were injured — around 19 people — are receiving medical assistance,” a representative of the local health ministry told Interfax.“We are talking about shrapnel wounds of mild and moderate severity,” she said.

Representatives of Kristall told the agency that five people were working in the plant at the time of the explosion and that they were safely evacuated.

Local fire fighters told agencies they had no information about any more people still inside the plant.

“There was a technical explosion in one of the workshops, followed by a fire of around 100 square meters,” a spokesman of the local emergency ministry told news agencies.