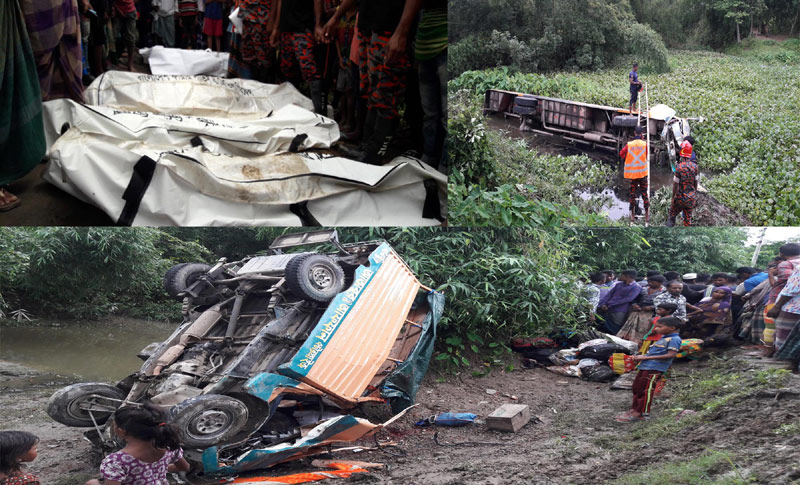 Mirror Desk : At least 15 people were killed and 23 others were injured in separate road accidents in Sirajganj and Sunamganj on Sunday.
In Sirajganj, the accident took place on Dhaka-Pabna Highway when a passenger bus collided with a human hauler around 12:45pm.

In Sunamganj, at least seven people were killed and eight others were injured in a head-on collision between a bus and a human hauler in Dakshin Sunamganj upazila.

The accident took place in patharia around 8am. All seven victims were killed on the spot, police said.

The fourth victim was human hauler driver Md Noman, 28, son of Ali Akbar of Gagli village of the upazila.

Both vehicles fell into a roadside ditch after the accident, said Md Harun-or-Rashid, officer-in-charge of Dakshin Sunamganj Police Station.Police rescued the injured and sent them to Sunamganj Sadar Hospital. Two of the injured were shifted to Osmani Medical College Hospital in critical condition, the OC added.