Team management sweating over the fitness of six players 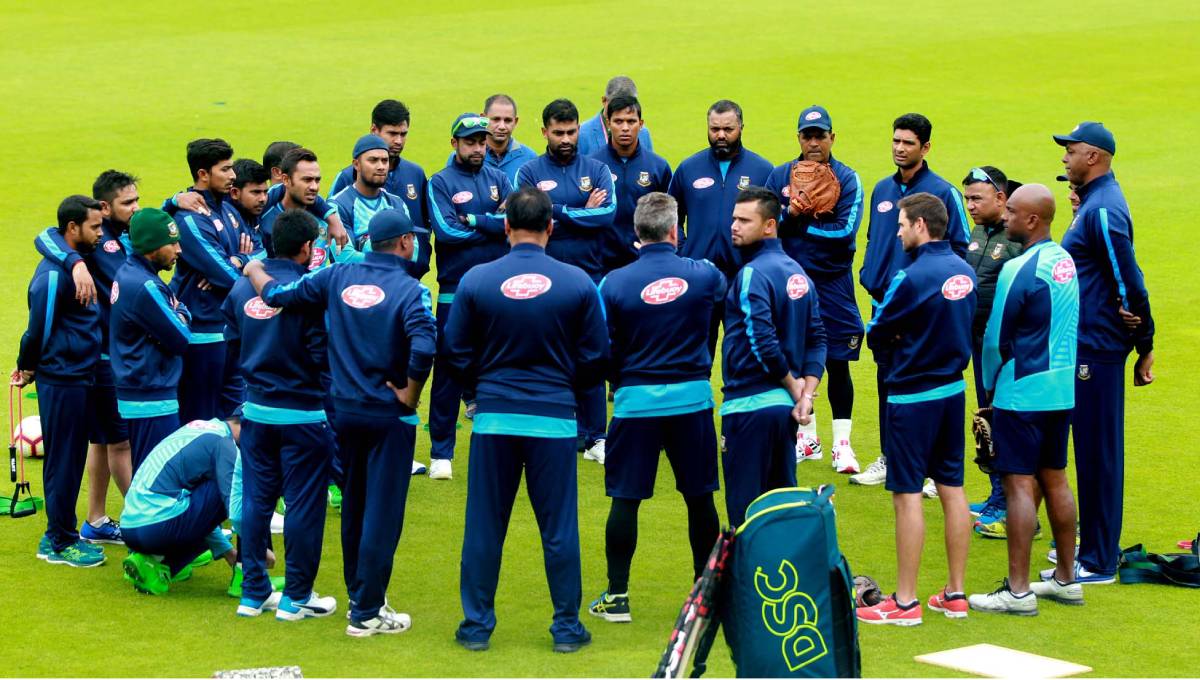 Dhaka, Jun 1 : The wait is finally coming to an end as Bangladesh get ready to start their World Cup campaign at Kennington Oval with a match against South Africa on Sunday.

While it is Bangladesh’s opening game in this World Cup, South Africa have played in the opener against hosts England and lost by 104 runs. In the match against Tigers, the Proteas will be under pressure. Bangladesh, on the other hand, will also face a stiff challenge of starting the World Cup on a positive note.

Bangladesh’s only World Cup win over South Africa was a surprising one because of the difference in strength and ability. This time though, Bangladesh are strong.

Bangladesh can also look for confidence in their last bilateral series against the Proteas in 2015. Tigers won that series by 2-1, and that was the first ODI series win over South Africa.

In the last two meetings in the ICC Champions Trophy in England, Bangladesh lost the battles.

But despite being in a favourable situation, Bangladesh are sweating over the fitness of six players including skipper Mashrafe Bin Mortaza and opener Tamim Iqbal. While Mashrafe is nursing a hamstring problem, Tamim got a fresh blow on his left forearm during Thursday’s nest session.

Mashrafe has said that he will be available in the first game in spite of the problem but Tamim’s case is still unclear. After a scan, the team management said the southpaw did not suffer a fracture.

However, the team management is confident of getting the service of all these six players in the first game.

“Some of the guys are going through some pain and niggles. But I think the problem isn’t severe and all of them will be available in the first game. We’ve done a scan on Tamim for the blow and there’s no fracture. We’ll do another scan on Saturday to be sure that he is fit to play,” Khaled Mahmud, the team manager, said.

But there is uncertainty over the participation of Saifuddin. Some media reports from London indicate that the right-arm pacer is feeling immense pain on his back. However, if his availability is required for a good team combination, he might take pain killers and play, hinted a source close to the team management.

If Saifuddin is unable to participate, Rubel Hossain might take his place as the third pacer along with Mahsrafe and Mustafizur.

Bangladesh played three matches at Kennington Oval and lost two of them while the other one was washed out due to rain. In their last match, Tigers lost to England by eight wickets during the last ICC Champions Trophy in 2017. South Africa, on the other hand, played 10 matches at the venue and lost seven of them.

Bangladesh’s probable XI in this game: