She urges all to demonstrate zero tolerance to terror 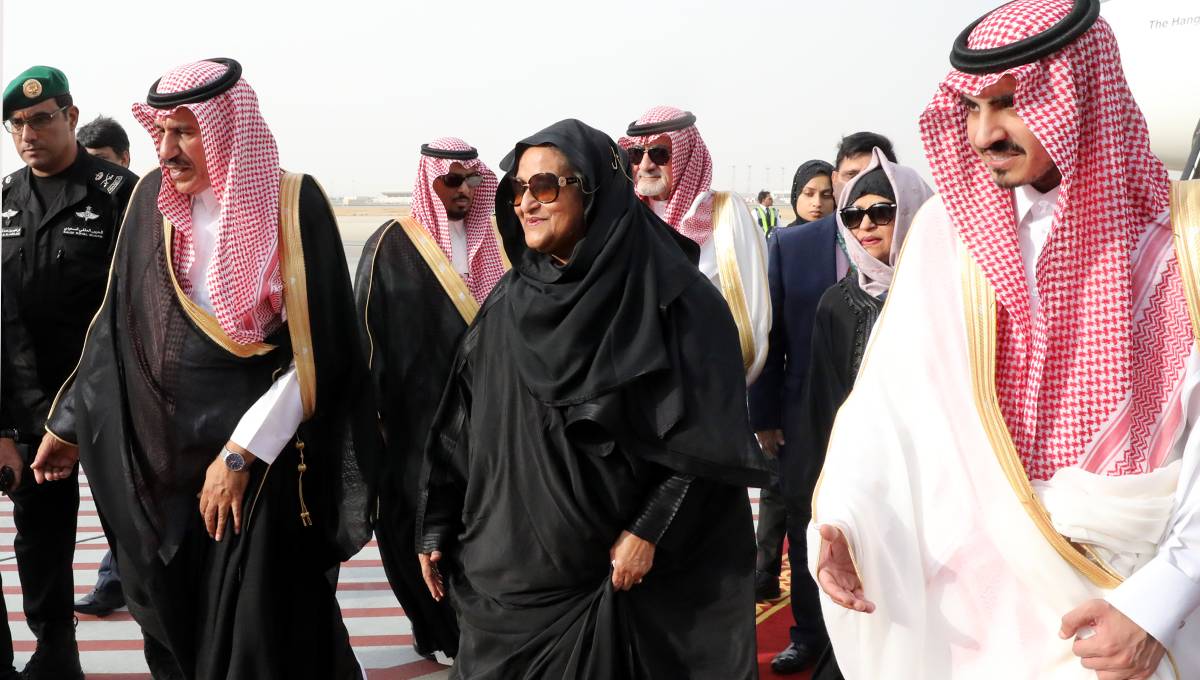 Makkah, Jun 1 : Prime Minister Sheikh Hasina on Saturday sought support from the OIC member states to launch the Rohingya case at International Court of Justice with voluntary funding and technical help to ensure the legal rights of Rohingyas and address the question of accountability and justice.

Mentioning that the Abu Dhabi Conference of Foreign Ministers (CFM) held in March last created a pathway to move the International Court of Justice she said, “We thank the Gambia for steering the process this far. We make an appeal to the member states to support launching of the case with voluntary funding and technical help.”

The Prime Minister was speaking on behalf of the Asia Group at the 14th OIC Makkah Al Mukarramah Summit titled ‘Hand in Hand Towards the Future’ at Safa Palace here.

Hasian said Bangladesh has given shelter to more than 1.1 million forcibly displaced Rohingya Muslims of Myanmar despite resource constraints. “But their dignified return is still uncertain – as Myanmar consistently fails to honour its promises to create a conducive environment for return to Northern Rakhine.”

Mentioning that poverty still remains the biggest challenge, the Prime Minister said it is both a cause and a consequence of ignorance, disasters and erosion of human values.

She stressed the need for implementing the “OIC-2025: Programme of Action” through joint Islamic action to address this anomaly.

Hasina also urged the OIC to devise a comprehensive strategy to meet the adverse changes in the strategic spaces in a world facing the challenges of economy, ecology and security.

“In a world faced with challenges of economy, ecology and security, the OIC has to devise a comprehensive strategy to meet adverse changes in the strategic spaces in which each of us operates as states,” she said.

“We’ve more than a third of the world’s strategic resources and majority of its youth. We, ourselves, should able to solve our own problems,” she said.

Hasina urged all to pursue a course of zero tolerance to terror, deny territories for use by any individual or group for launching any terror and extremist agenda and fight it together.

To this end, she recalled her four-point formulae for the Muslim world – pronounced in Riyadh Conference which were, stop supply of arms, stop flow of financing for terrorism, remove divisions within the Ummah, and pursue peaceful settlement of conflicts through dialogue.

Hasina said it is heartening to see the OIC is taking much needed path of reform and renovations to adapt itself with the twenty-first century.

“While we change and adapt, we must aim for the values of Islam – fraternity, equality and justice as demonstrated by Rasul-E-Kareem (SA),” she said.

She said Islam – which came as harbinger of light to a dark world – is now wrongly perceived with ideology of extremism and violence because of its misinterpretations.

Regarding the recent terror attacks in New Zealand and Sri Lanka, she extended sympathies and solidarity to the bereaved families of the Christ-Church attacks. She also condemned the terror attacks in Sri Lanka – which saw the death of one of her grand-children – the eight-year-old Sheikh Zayan.

“We share the pain and agony of helpless peoples of Palestine, Syria, and elsewhere getting mercilessly murdered every day. Let this Summit set the course under your Majesty’s stewardship to turn the tide. Let there be a beginning of an end to the Muslim indignity and misery,” she said.

Mentioning that OIC was conceived to get back the land and sovereign rights of our Palestinian brothers and sisters, safeguard dignity and rights of the Ummah, and strengthen solidarity and cooperation amongst peoples of the Muslim world, Sheikh Hasina said, but seven decades on – the Palestine question still persists, and our nations and communities still stand divided.

“We should make the best use of OIC institutions like the Islamic Development Bank by synchronising their policies and practices with OIC agenda under the Prgoramme.”

Terming incubation of ideas and innovations into marketable products and services is what Islamic world needs today, she invited all to participate in turning the Islamic University of Technology (IUT), which Bangladesh is hosting, into a centre of excellence.

Saudi King Salman bin Abdulaziz Al Saud hosted the conference of the OIC comprising 57 member states with a view to developing a unified stance of Muslim leaders on rising tensions in the Gulf.

The OIC first met a month after an arson attack on Al-Aqsa Mosque in Jerusalem on August 21, 1969.