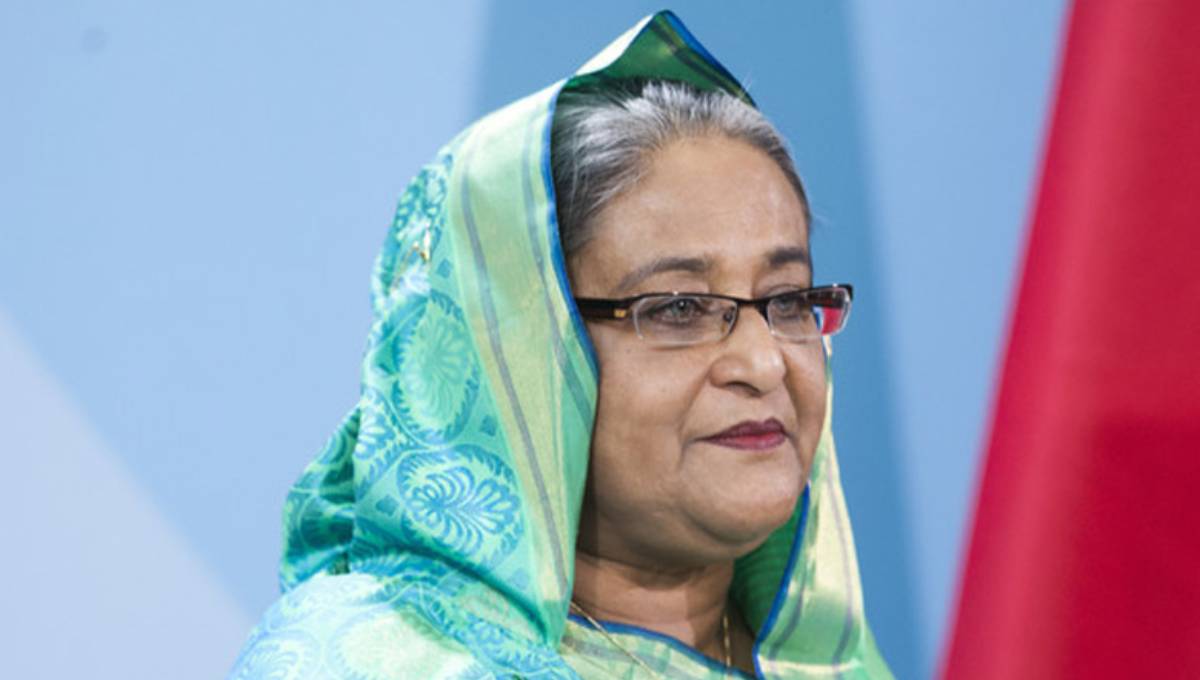 Tokyo, May 31 : Prime Minister Sheikh Hasina left Tokyo on Friday morning for Saudi Arabia, the second destination of her tri-nation tour, wrapping up her four-day visit to Japan.

A special flight of Biman Bangladesh Airlines carrying the Prime Minister and her entourage departed Haneda International Airport, Tokyo around 9:45 am (local time).

Japanese State Minister for Foreign Affairs Toshiko Abe saw her off at the airport.

During her three-day stay in Saudi Arabia, the Prime Minister will attend the 14th session of the OIC’s Islamic Summit in Makkah and perform the holy Umrah on Saturday and offer Ziarat at the Rawza Mubarak of Prophet Hazrat Muhammad (PBUH) on Sunday.

In the early hours of June 3, Sheikh Hasina will leave Saudi Arabia for Finland where she will be staying till June 7.

During her stay in Finland, Sheikh Hasina will have a meeting with Finnish President Sauli Niinistö on June 4.

Saudi Arabia is hosting the 14th session of the OIC’s Islamic Summit in Makkah. The summit, titled ‘Makkah Summit: Together for the Future’, aims to develop a unified stance on events in the Islamic world.

Prime Minister Sheikh Hasina will attend the opening ceremony of the OIC summit on Friday evening.

The Prime Minister will attend the closing session at 2:30am and then join the Suhoor Banquet at Safa Palace.

In the evening, she will perform Umrah.

On Sunday morning, the Prime Minister will leave Jeddah for Madina by air and offer Fateha at the Rawza Mubarak (grave) of Prophet Hazrat Muhammad (PBUH). In the evening, she will depart Madinah for Jeddah by air.

On the morning of June 3, she will leave Jeddah for Helsinki, Finland via Frankfurt. She will land at Helsinki at 1pm (local time).

Earlier on May 28, the Prime Minister left Dhaka for Japan to attend the Nikkei International Conference on ‘The Future of Asia’ there.

During PM’s stay in Japan, the two countries signed the 40th ODA deal involving US$ 2.5 billion after a bilateral meeting between Sheikh Hasina and her Japanese counterpart Shinzō Abe on Wednesday.

Besides, she joined a community reception accorded to her and attended a breakfast roundtable meeting with Japanese Business leaders.

On June 8, the Prime Minister is scheduled to return home wrapping up her 12-day tri-nation visit.