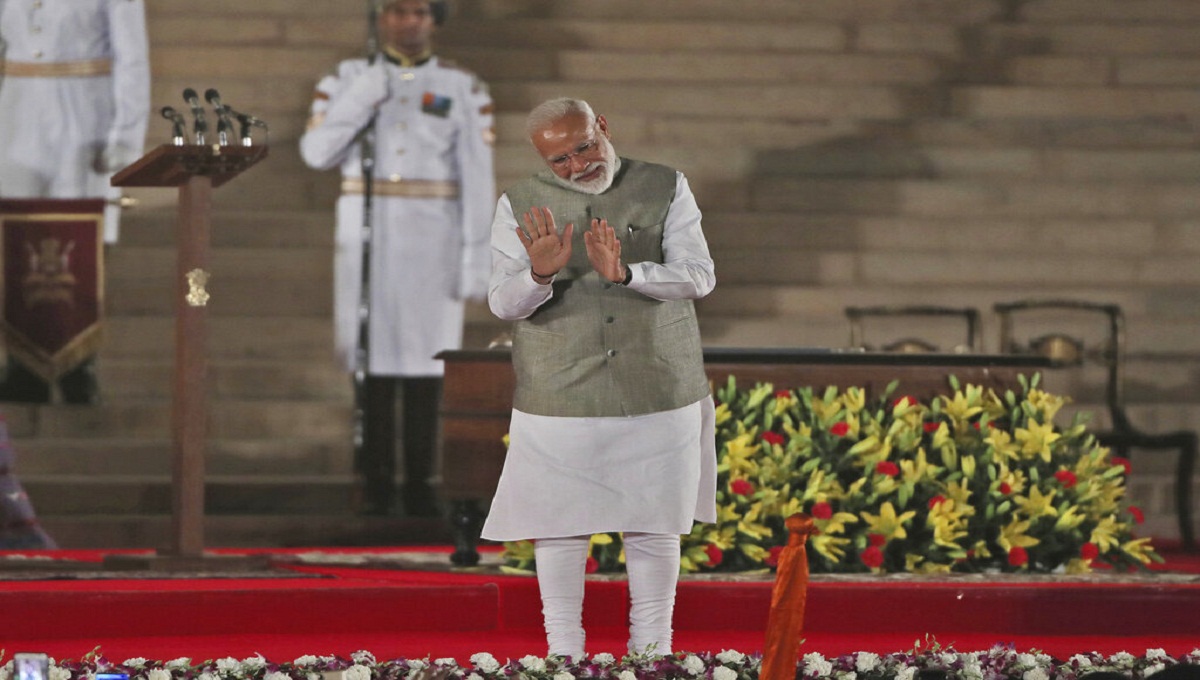 Photo : Indian Prime Minister Narendra Modi, center, talks to the invitees at the end of the swearing in ceremony at the forecourt of presidential palace in New Delhi, India, Thursday, May 30, 2019. Modi was sworn in Thursday for a second term after an overwhelming election victory for his Hindu nationalist party in a country of 1.3 billion people seeking swift economic change.

New Delhi, May 31 : India’s newly sworn in Prime Minister Narendra Modi named a Cabinet on Friday, handing the powerful home affairs portfolio to the president of his Hindu nationalist party credited with delivering him a thunderous reelection.

Modi was sworn in for a second term as prime minister on Thursday. He will also oversee the departments of atomic energy and space, and “all important policy issues,” it said.

The BJP won 303 seats in the 542-member lower house of Parliament in the elections, giving it a decisive mandate and the ability to form a government without other parties.

But Modi faces immense challenges including a slowing economy, high joblessness and low agricultural prices that have hurt farmers.