India for working together to foster peace in region, beyond 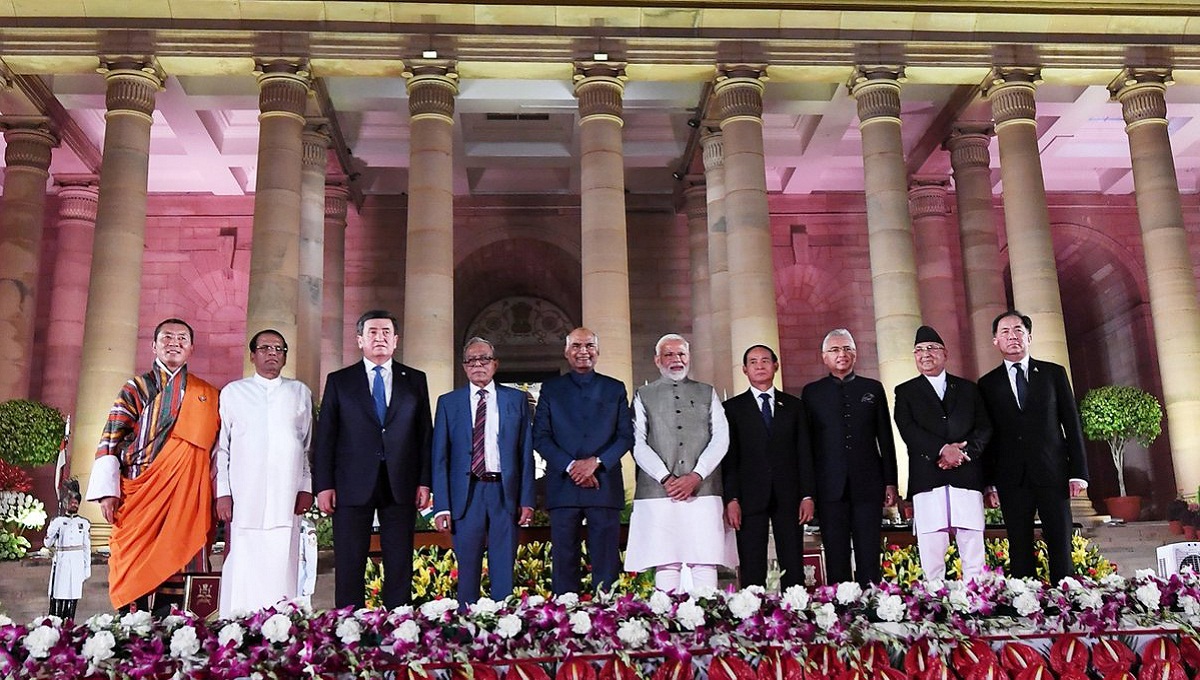 Indian President Ram Nath Kovind and the Prime Minister Narendra Modi with the leaders of BIMSTEC member nations at Rashtrapati Bhavan, in New Delhi on May 30, 2019. PIB

Dhaka, May 31 : Indian President Ram Nath Kovind has said India’s dreams are not for India alone, mentioning that they remain deeply conscious of the support India draws from its close friends and close neighbours.

“For all our people and for the global community, we must work together to foster peace and prosperity in our region and beyond,” he said.

The President hosted a banquet in honour of the heads, representatives of state and government who attended the swearing-in of the Indian Prime Minister at Rashtrapati Bhavan on Thursday night.

“Our countries remain stakeholders in each other’s progress and wellbeing,” President Kovind said, adding that over the centuries, India has been the centerpiece of a great trading system that has run from the heartland of Central Asia right to the Indian Ocean.

“This is our legacy, and this is also our future.”