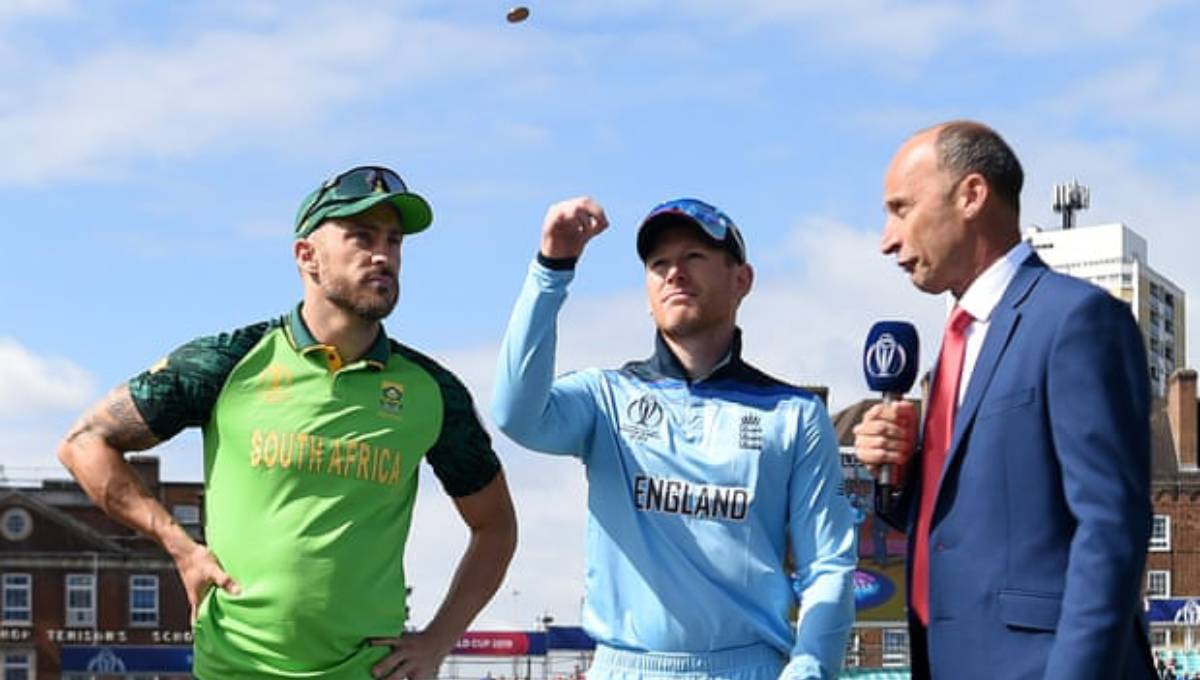 Dhaka, May 30 : South African captain Faf du Plessis on Thursday won the toss against England and decided to bowl at the Kennington Oval, London, in the first match of the ICC Men’s World Cup 2019 in England and Wales.

The marquee tournament of cricket’s supremacy kicked off with this very first battle in the field.

South Africa and England faced each other seven times in World Cups. In those battles, both of the teams came up victorious in three matches each and the other match ended with no result.

England have played three finals in the World Cups but failed to win any of them. But this time around, they are equipped better than any other teams to clinch title.

However, South Africa are also eager to start it well. They have never passed the hurdle of semifinals. This World Cup came as a good chance for them to establish their supremacyin cricket world.