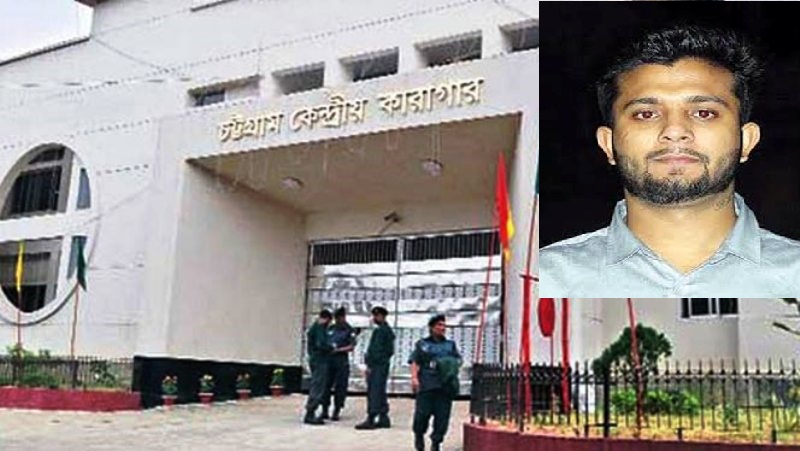 Chattogram, May 30 : A prisoner was killed in an attack allegedly by his cellmate at Chattogram Central Jail early Thursday.

The deceased was identified as Amit Muhuri, a listed criminal and  was wanted in 14 cases including that of murder.

Police said a scuffle took place between Amit and his cellmate Ripon Nathat at No 32 cell of the prison on Wednesday night. At one stage, Ripon hit him with a brick, leaving Amit injured.

Zahirul Haque, in-charge of Chittagong Medical College and Hospital police camp, said the prison guards brought Amit to the hospital with several injury marks on his head and body around 12 am where he succumbed to his injures around 1 am.

On August 13, 2017, police recovered the body of Imranul KarimImon, 26 of Raozan upazila from a drum at Enayet Bazar Rani Dighi in the city, said police.

After investigation, police came to known that Amit killed Imon following an extramarital relationship with Imon’s wife. Later, police arrested Amit from a drug rehabilitation center in Cumilla on September 2, 2017 and since then he was in jail.