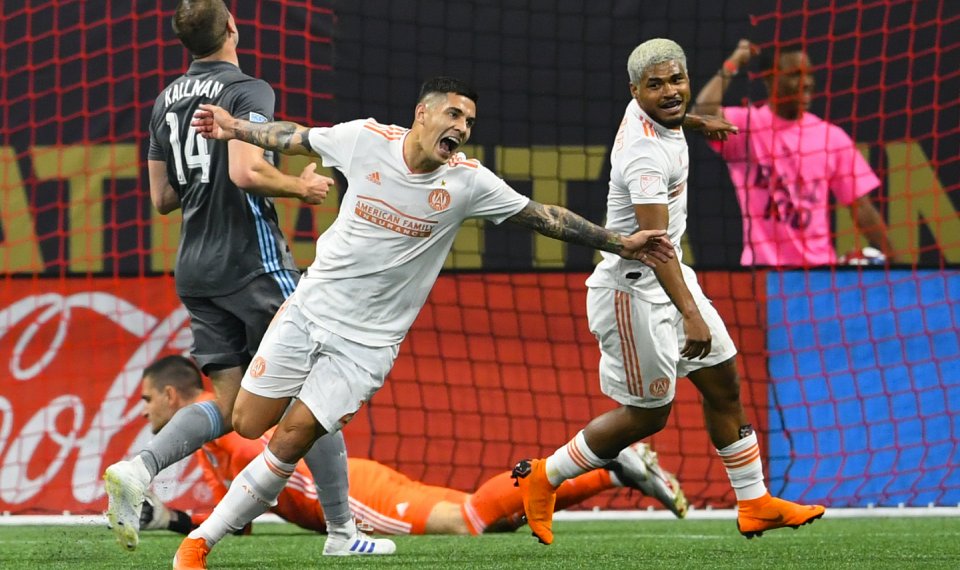 Photo: Atlanta United’s defender Franco Escobar reacts after scoring a goal against Minnesota United as Josef Martinez, right celebrates with him during the first half of an MLS soccer match Wednesday, May 29, 2019, in Atlanta.

Atlanta (7-5-2) ended a two-game losing streak with its sixth win in eight games. Minnesota (6-5-3) had its two-game winning streak snapped.

Martínez has eight goals this season, six in the last seven games. He beat two defenders on a breakaway in the first minute of stoppage time and capitalized on an errant defensive header to win a one-on-one opportunity with goalkeeper Vito Mannone.

Atlanta took a 1-0 lead in the 23rd minute on Franco Escobar’s first goal of the season.

Atlanta goalkeeper Brad Guzan had a wild multi-save sequence in the 74th minute. He finished with his seventh shutout of the season.

Evan Bush made three saves to help the Impact (7-6-3) end win for the first time in four games.