Final decision on 9th wage board in June: Quader 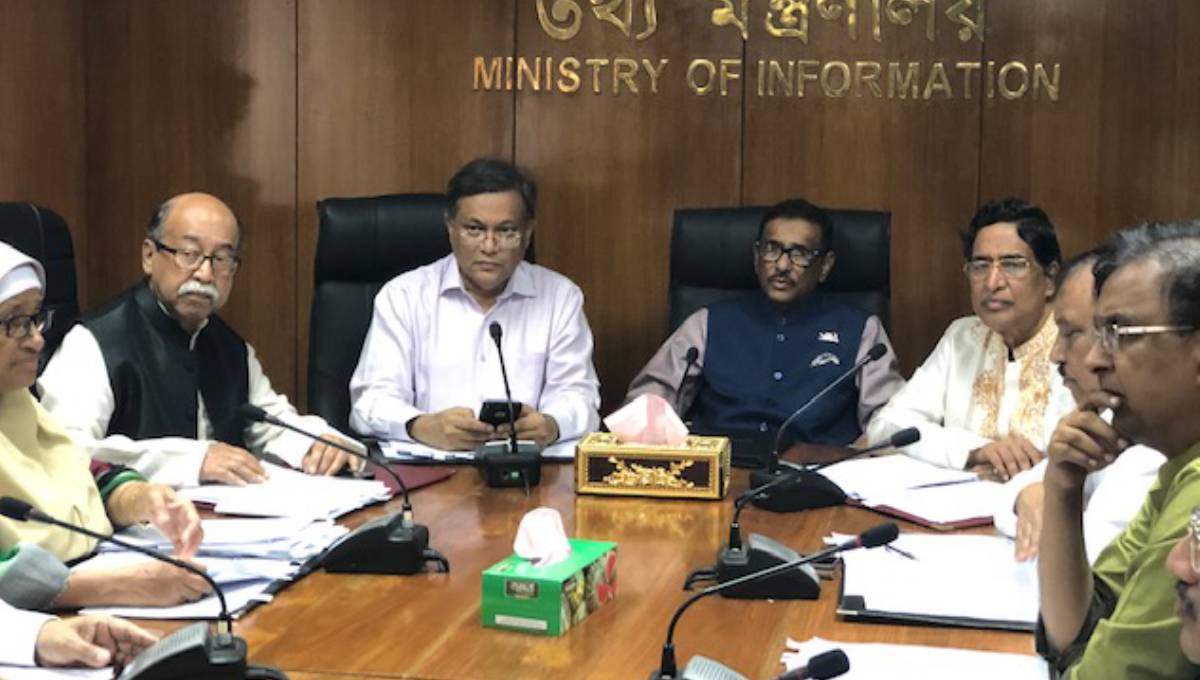 Photo: Road Transport and Bridges Minister Obaidul Quader at a meeting of the cabinet committee at the auditorium of Information Ministry on Thursday.

Dhaka, May 30 : The final decision on the 9th wage board for journalists will be taken next month, said Road Transport and Bridges Minister Obaidul Quader on Thursday.

The decision was taken at a meeting of the cabinet committee formed to review the Ninth Wage Board Award for journalists and employees held at the auditorium of Information Ministry with Obaidul Quader in the chair.

“We’ve reached a consensus on implementation of the 9th wage board at the meeting and the final decision on it will be taken as soon as possible,” he said.

Before announcing the final decision, a joint meeting with stakeholders will be held on June 12 at the office of the Information Minister, said Quader.