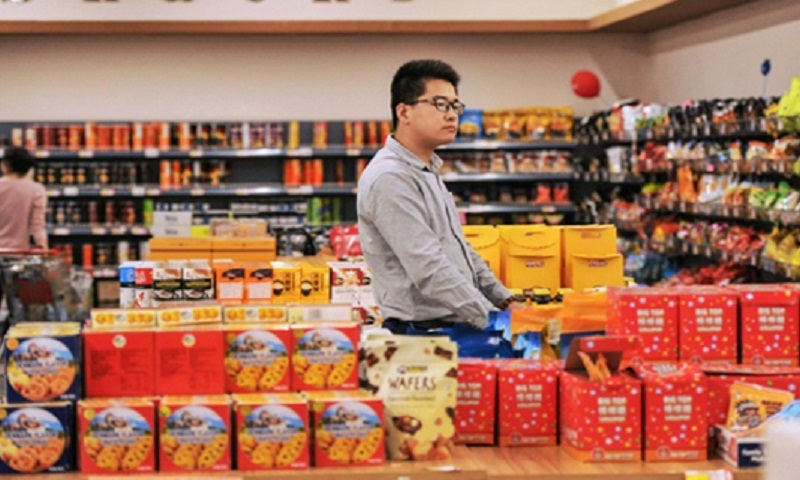 Asian markets largely fell Thursday as Beijing ratcheted up its rhetoric against Washington, fanning investor anxiety over the US-China trade war and a potential global economic slowdown.
With no date set for tariff talks to resume in the US-China trade war, and Beijing accusing Washington of “naked economic terrorism” on Thursday in its handling of the dispute, investors appeared resigned to the prospect of the spat extending into the summer.

“We are against the trade war, but we are not afraid of it,” Chinese vice foreign minister Zhang Hanhui said at a press briefing.“This premeditated instigation of a trade conflict is naked economic terrorism, economic chauvinism, and economic bullying,” Zhang added.

A veiled threat by Beijing on Wednesday to cut critical exports of rare earths to the United States intensified concerns.

It was the latest salvo in a months-long row that has seen Washington and Beijing slap tit-for-tat tariffs on imports, with US President Donald Trump upping the ante in recent weeks by blacklisting Chinese telecom giant Huawei.

Any move by China, which produces 95 percent of rare earths, to restrict exports to the US would have a devastating impact on manufacturers of everything from smartphones to computers to lightbulbs.

Tokyo fell 0.9 percent while Hong Kong dropped 0.6 percent. Shanghai and Singapore lost 0.8 percent while Sydney was down 0.7 percent. But Seoul inched up 0.3 percent.

In bond markets a push towards safe-haven purchases saw the yield, or rate of return, on 10-year US Treasury notes plummet to the lowest level since September 2017.“With the skirmish on the cusp of escalating into a more extensive drawn- out attritional campaign, the fall in bond yields has accelerated, forcing global growth bastions of optimism such as stocks and oil to rethink their strategies,” said OANDA senior market analyst Jeffrey Halley.

May is expected to be Wall Street’s first down month for the year.

Concerns over a flare-up between the European Union and Italy over the country’s massive public debt also weighed on investors’ minds.

The far-right coalition government in Rome has made no secret of its contempt for the EU’s austerity rules, increasing the likelihood that Italy will be hit with unprecedented sanctions for breaking its spending promises to Brussels.

The sanctions would amount to up to 0.2 percent of Italian GDP, or around three billion euros ($3.3 billion).

Oil made a tepid recovery from earlier losses, but analysts cautioned that the gains could be reversed, depending on the results of negotiations on output cuts by OPEC+ producers, including Russia, which together control more than half the world’s crude production.

“The Russians appear to be the key to having a meaningful extension of cuts and they may not want to agree on production cuts if the Saudis get to increase production from the void filled from Iranian sanctions,” said OANDA senior market analyst Edward Moya.

“If global demand continues to fall, the effects of production cuts may do little to thwart a massive wave of selling.”