Asia can dominate world if all work together: PM 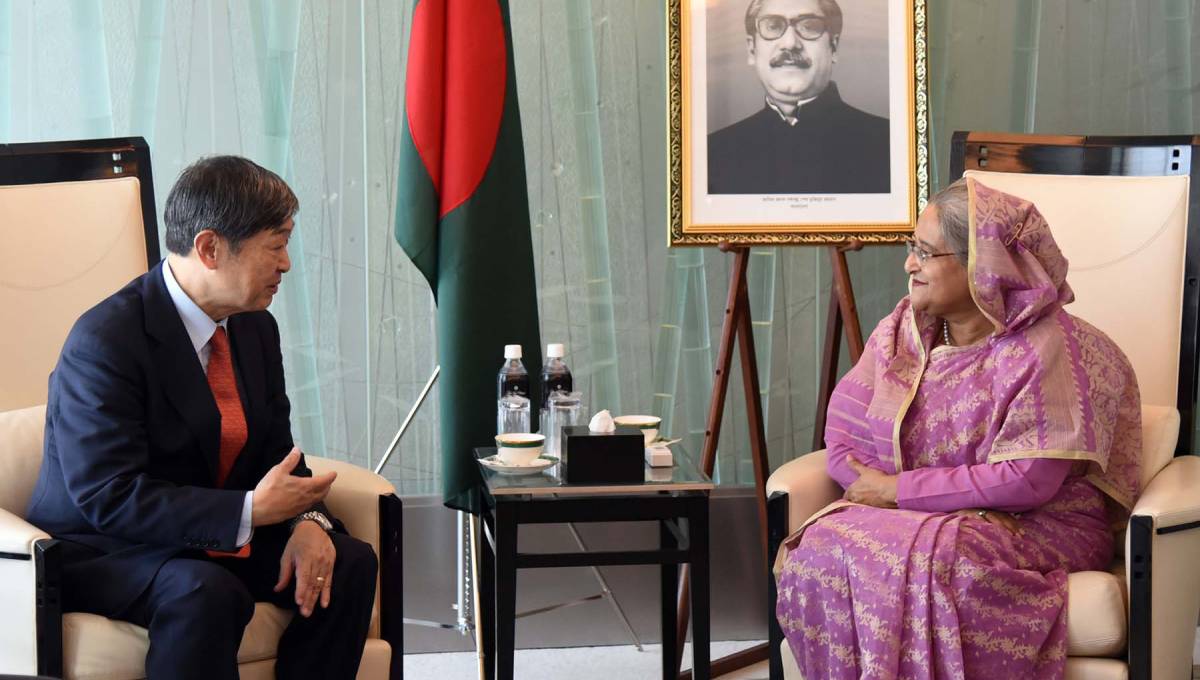 Tokyo, May 30 : Prime Minister Sheikh Hasina on Thursday said Asia can dominate the world if all countries of this continent can work together.

The Prime Minister made the statement when President of Japan International Cooperation Agency (JICA) Shinichi Kitaoka met her at her hotel suite here.

Sheikh Hasina said Japan is a close friend of Bangladesh since its independence in 1971 and continues its support to Bangladesh.

After the independence of Bangladesh in 1971, Japan was one of the countries that came forward to help build the war-ravaged Bangladesh, she mentioned.

Hasina requested the JICA President to establish a training centre in Bangladesh to train up youths for their skill development.

Like Japan, Bangladesh is transforming from an agriculture-based country into an industrial country taking Japan as its model, said the Prime Minister.

“Father of the Nation Bangabandhu Sheikh Mujibur Rahman also wanted that,” she added.

Hasina, however, expressed profound sorrow for the loss of lives of Japanese people in the Holey Artisan incident and condoled their deaths.

The JICA President termed the high growth of Bangladesh under the leadership of the Prime Minister Sheikh Hasina as a remarkable one.

Kitaoka said the study programme with Bangladesh will be strengthened as they are giving importance to it. “Our experience and knowledge can be used for human resource development in Bangladesh.”

He mentioned that JICA has taken a programme to train up more people in Bangladesh.

Due to the successful meeting with the Japanese Prime Minister on Wednesday, he said, JICA would be able to work with Bangladesh more closely.

Kitaoka said Bangladesh and Japan will celebrate the Golden Jubilee of relations of the two countries in 2022.

Kitaoka congratulated the Prime Minister on her re-election for the 4th term, and hoped that Bangladesh will be more prosperous and happier country in the coming days.

At least 21 dead, 30 injured after tour bus crash in Mexico