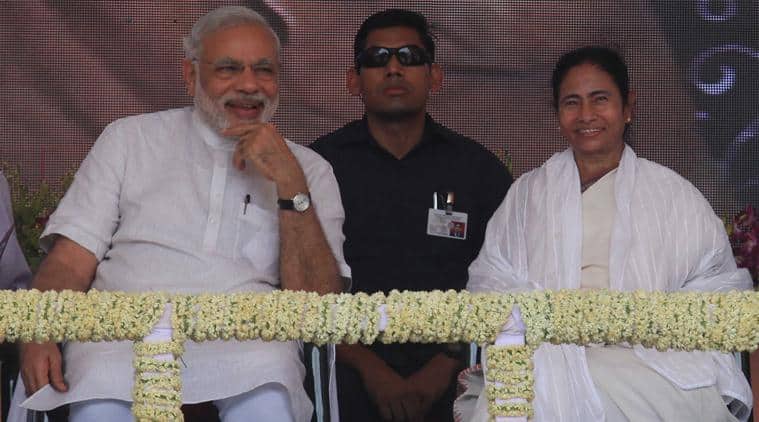 Dhaka, May 29 : On a day two TMC MLAs and 50 councillors joined the BJP, West Bengal Chief Minister Mamata Banerjee on Tuesday said she would attend the swearing-in ceremony of Prime Minister Narendra Modi on May 30 at Rashtrapati Bhawan. Despite fighting a bitter electoral campaign against Modi, Banerjee said she decided to attend the event as it was a ‘ceremonial program’.

“I have spoken to other Chief Ministers also. Since it is a ceremonial program we thought of attending it. Yes, I will go (to Modi’s oath-taking ceremony),” ANI quoted Banerjee as saying,  reports The Indian Express.

In the recently concluded Lok Sabha elections, BJP made massive inroads in Bengal, winning 18 of the 42 seats with a vote share of 40.5 per cent.

Among other opposition leaders who have been invited include Congress president Rahul Gandhi, JD(S) leader and Karnataka Chief Minister HD Kumaraswamy and AAP supremo and Delhi Chief Minister Arvind Kejriwal.

The invitation to opposition leaders is seen as Modi’s move to reach out to them following the fiercely fought election in which the BJP registered a massive victory.

Besides, in a diplomatic move to reach out to neighbouring countries, Modi has invited leaders from Bay of Bengal Initiative for Multi-Sectoral Technical and Economic Cooperation (BIMSTEC) countries, Kyrgyz Republic and Mauritius for the May 30 ceremony.

While Bangladesh Prime Minister Sheikh Hasina is set to miss the event as she is scheduled to go for a bilateral visit to Japan from May 29, President Abdul Hamid will attend on her behalf.

Earlier in the day, Tamil superstar Rajinikanth confirmed his presence at the swearing-in ceremony, which will also see President Ram Nath Kovind administering the oath of office and secrecy to the Union Council of Ministers.

Calling Modi a “charismatic leader”, Rajinikanth said, “In India after Jawahar Lal Nehru and Rajiv Gandhi, Modi is now a charismatic leader. The election victory is a victory for Modi.” Besides him, an invitation has also been extended to actor and politician Kamal Haasan.