Arjun Kapoor on why he confirmed relationship with Malaika now 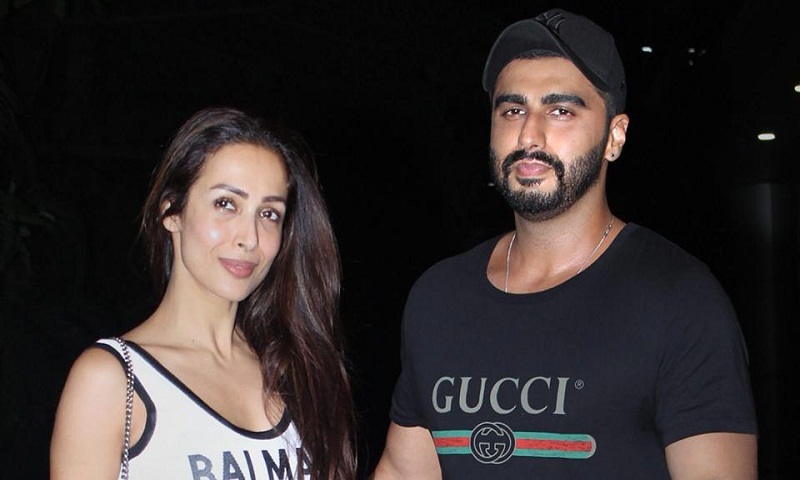 After months of their relationship being speculated about, actor Arjun Kapoor and Malaika Arora finally decided to make their it official as they attended the screenings of his film India’s Most Wanted. Posing together and with his family, Malaika and Arjun were confident as they came together in front of the cameras at the screenings in Mumbai.
Talking to Filmfare in an interview, Arjun has now said that he doesn’t want people to believe that they are still hiding. “We’ve come out because we feel the media has given us dignity. There’s a certain understanding the media has… they’ve been respectful, kind, honest and decent about it. That is why I felt comfortable. You recoil when there’s a certain ‘gandhagi’ that comes with the territory. When purposely people irk you by saying, writing or asking things… there hasn’t been any of that,” he said.He also said he always poses for paparazzi who follows them. “I told them don’t sit under the house just because it looks like we’re hiding, when we’re not. Let it be natural. Let it be normal. I don’t want my neighbours being disturbed, I don’t want her neighbours being disturbed. We’re not doing anything wrong. I don’t want that story being conveyed that we’re still hiding, when we’re not. They understood that.”

However, he said he is not getting married. “I’m not getting married. I understand why there are speculations. Because in my own house people would ask ‘tu shaadi kab kar raha hai’? It’s a very organic Indian question. If you’re with someone for even three days, the marriage question pops up. ‘Shaadi karlo, tumhari umar ho gayi hai, abhi kitna sochoge?’ 33, for most people in India, is great age to get married, but not for me. I still have time. If I’ve not hidden my relationship, why will I hide my marriage yaar?,” he added.

His latest outing, India’s Most Wanted may have failed to garner moolah at the box office but he is receiving critical appreciation for his performance in the film directed by Raj Kumar Gupta. Talking about choosing the film Arjun has said the film pulled him out of his comfort zone and claims it is a “desi film” about middle class people.

“It certainly took me out of my comfort zone. Maybe more than Finding Fanny (2014) and Aurangzeb (2013). So yeah, I’ve tried it in the past without being too scared. But yes at this stage, I could’ve said that I want an extra action scene or I want the hero to have a song. It’s actually a film that is devoid of heroes in the Bollywood sense. It is actually the opposite. The film’s journey makes my character come across a certain way which was challenging but when I read it I realised there’s no other way to tell this story.”

The art of celebrating birthdays traditionally