Trump says he backs Japan’s efforts to talk with Iran 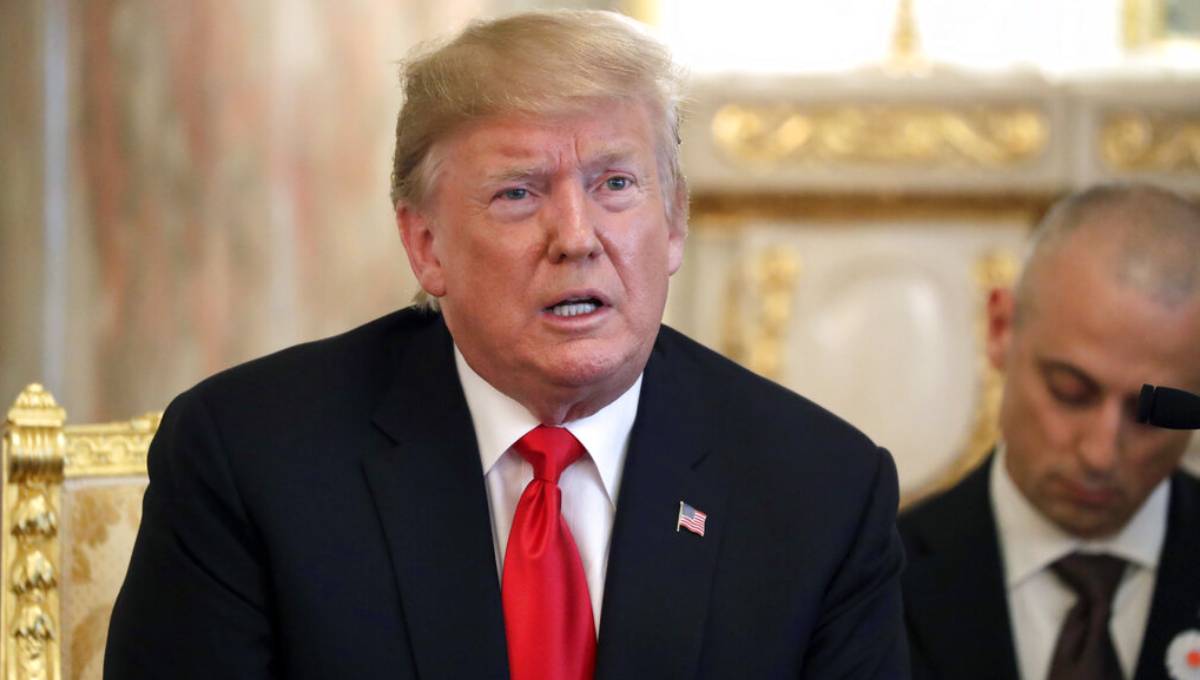 Tokyo, May 27 : President Donald Trump on Monday backed the Japanese prime minister’s interest in using his country’s good relations with Iran to help broker a possible dialogue between the U.S. and its nemesis in the Middle East.

Trump, who has said he’s open to having a dialogue with Iran, has sought to downplay fears of military conflict, but the Iranians have said they have no interest in communicating with the White House.

Trump commented during a day that opened with the high pageantry of his meeting with Japan’s emperor but quickly gave way to deliberations over thorny global issues, including North Korea, trade tensions with his Japanese host and the escalating friction between the U.S. and Iran.

“I know that the prime minister and Japan have a very good relationship with Iran so we’ll see what happens,” he said while meeting with Abe in Tokyo.

“The prime minister’s already spoken to me about that and I do believe that Iran would like to talk. And if they’d like to talk, we’d like to talk also. We’ll see what happens … nobody wants to see terrible things happen, especially me.”

Trump has imposed tough new sanctions on Iran, which are crippling its economy. Late last week, he announced the deployment of 1,500 U.S. troops to the region amid escalating tensions. The U.S. earlier deployed an aircraft carrier and B-52 bombers to the Persian Gulf in response to intelligence of Iranian threats to U.S. interests in the region.

Trump and Abe held discussions after the U.S. president became the first world leader to meet Japan’s new emperor, Naruhito, who ascended to the throne May 1.

Trump’s “state call” opened with handshakes and greetings from Naruhito, and his wife, Empress Masako. As he approached the emperor, Trump said, “How are you? Thank you very much.” The first lady told the empress, “Nice to meet you.”

The president, who is on a four-day state visit, was the center of attention at a grand outdoor welcome ceremony at Japan’s Imperial Palace, where he took a solo walk down red carpets, reviewing Japanese troops as the guest of honor.

Trump showed little emotion, but waved near schoolchildren feverishly waving U.S. and Japanese flags. Some of the children suffered from the blazing heat and were later seen sitting with cups of water and cool compresses on their foreheads.

As he sat with Abe, Trump noted the significance of meeting the emperor. Naruhito took the throne after his father stepped down, the first abdication in Japan’s royal family in about two centuries.

Of the meeting, Trump said: “It’s a very important thing, not only in Japan, but all over the world they’re talking about it.”

It was Abe, not the emperor, who invited the president — a move meant to curry favor with the Trump, who is threatening to impose potentially devastating tariffs on Japan’s auto industry.

Trump has suggested he will impose the levies if the U.S. can’t win concessions from Japan and the European Union. Japan’s trade surplus surged almost 18% in April to 723 billion yen ($6.6 billion).

Trump said he wants to get “the balance of trade … straightened out rapidly.”

“I think we will be announcing some things probably in August that will be very good for both countries,” Trump said, adding that Japan has “been doing much more business with us and we’d like to do a little bit more business in the reverse.”

Trump said he had a good feeling that the nuclear standoff with North Korea will be resolved.

“I may be right, I may be wrong. But I feel that we’ve come a long way. There’s been no rocket testing, there’s been no nuclear testing,” he said.

North Korea on Monday called Bolton a “war monger” and “defective human product” after he called the tests on May 4 and May 9 a violation of U.N. Security Council resolutions.

Pyongyang’s official Korean Central News Agency on Monday carried a statement by an unnamed spokesman of North Korea’s Foreign Ministry who said that Pyongyang was rightfully exercising its rights to self-defense with the launches.

The tests have been seen as a way for North Korea to pressure Washington to soften its stance on easing sanctions against it without actually causing the negotiations to collapse.