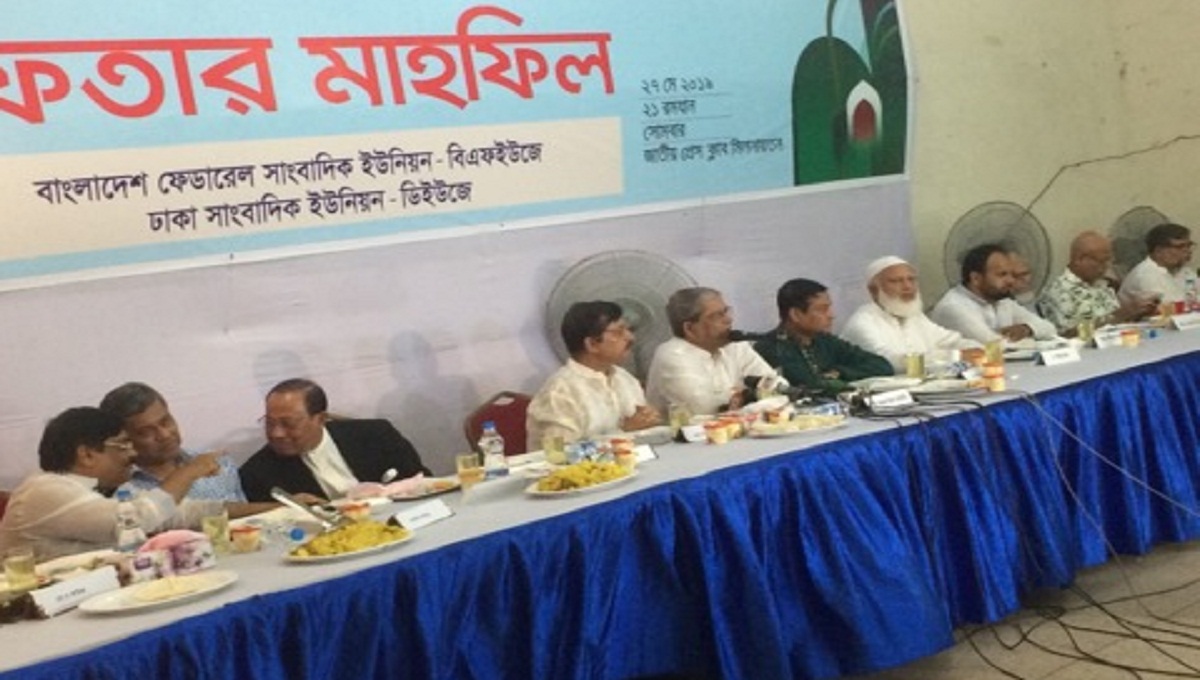 “It’s unfortunate that you (journalists) now can’t perform your professional duties. Assuming power, Awami League in a planned way shut down newspapers and television channels one after another, making many journalists jobless,” he said.

The BNP leader further said, “We’re seeing online news portals are also being closed. All sorts of freedom are being snatched through the Digital Security Act.”

He alleged that Bangladesh is now no longer an independent and democratic country since the government has completed all the necessary preparations for restoring one-party rule. “Bangladesh has now turned into an autocratic state dependent on others under a fascist and authoritarian government.”

The BNP leader said the international community is also considering Bangladesh as one of the despotic countries in the world.

Fakhrul accused the current government of destroying all the democratic institutions one after another through politicisation. “They’ve politicised the judiciary and administration. They’re also using law enforcers as their party forces.”

He said there is now no rule of law in the country. “We’re also in doubt whether there any government is functioning here.”

The BNP leader alleged that the ruling party men are indulging in widespread corruption as the government has no accountability to people. “No one, including the law enforcers, judges, teachers and even doctors, can freely perform their professional duties as an unusual and appalling situation has been created in the country.”

To get rid of the situation, Fakhrul urged the people of all walks of life to get united to install a pro-people government through a fair and credible election under a neutral administration and the Election Commission.