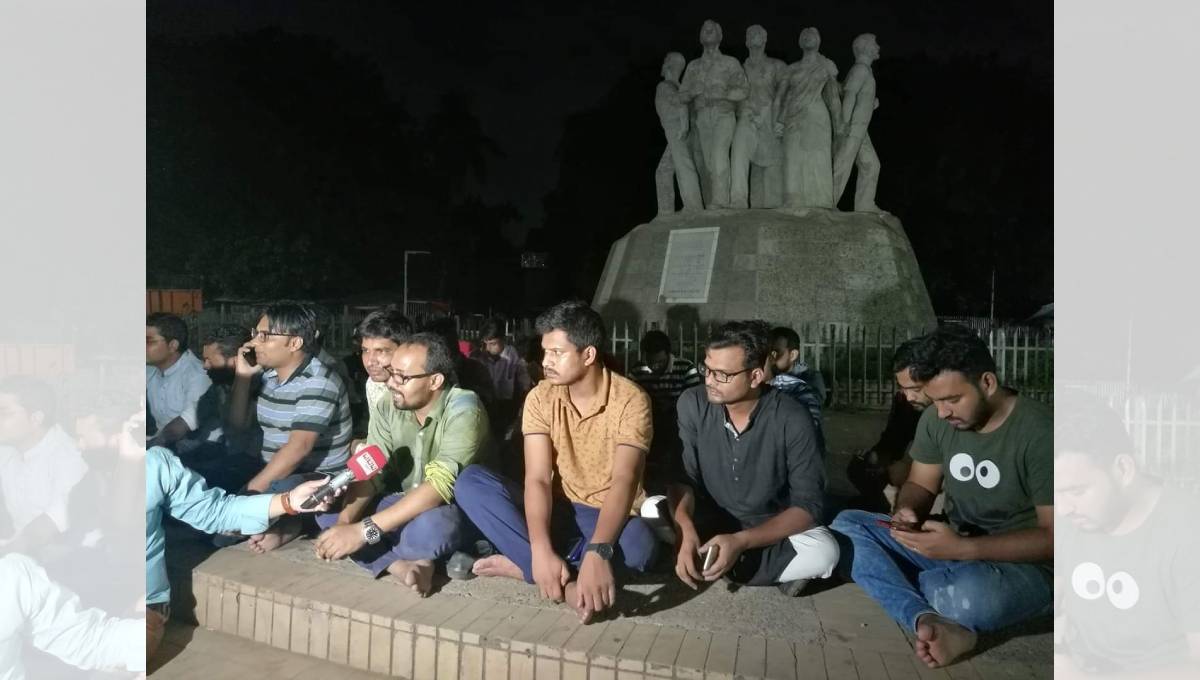 Dhaka, May 27 : A faction of Bangladesh Chhatra League (BCL) who did not get posts in the new central committee started an indefinite sit-in programme on the Dhaka University campus early Monday, demanding expulsion of controversial individuals from the committee.

The BCL faction started the demonstration at the base of Raju Memorial Sculpture after the central BCL issued a notice that its new committee would pay respects to Bangabandhu Sheikh Mujibur Rahman by placing wreaths at his mural at Dhanmondi today.