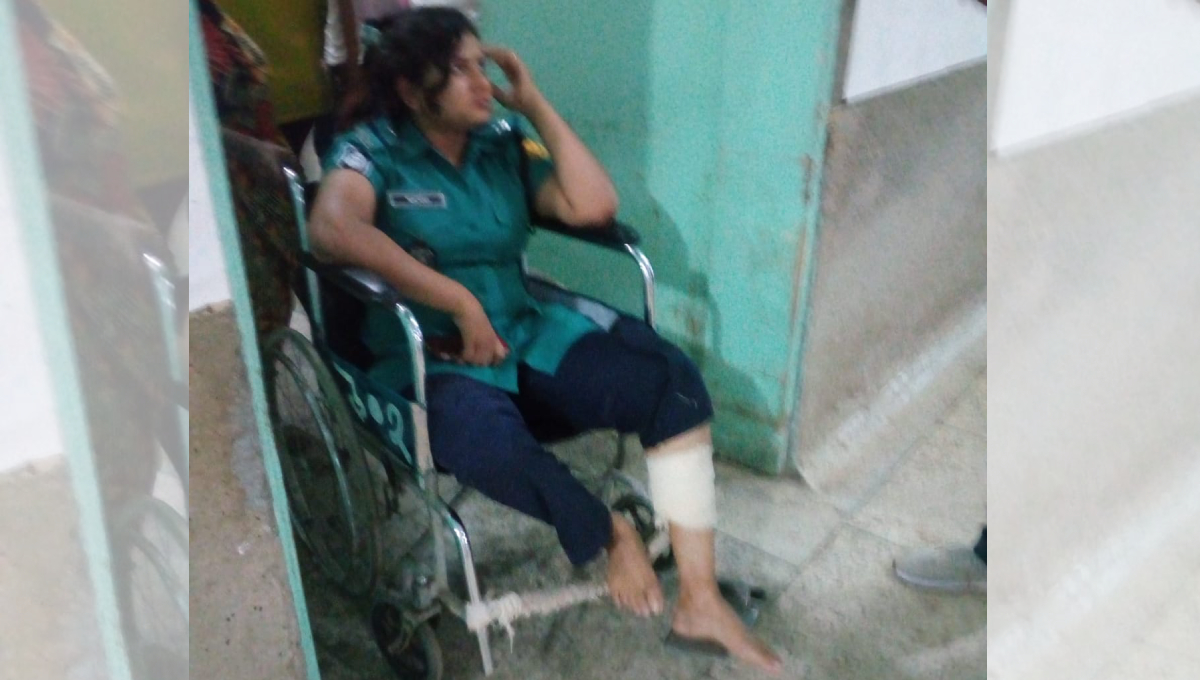 Photo: One of the injured in a crude bomb explosion in the city’s Malibagh area takes treatment at hospital on Sunday, May 26, 2019.

Dhaka, May 26 : Two people, including a female traffic police officer, were injured in a crude bomb explosion in the city’s Malibagh area on Sunday night.

The injured are Rasheda Akhter Lovely, 28, an assistant sub-inspector of traffic police, and Lal Miah, 50, a rickshaw-puller.

Traffic sergeant Enamul Haque said miscreants threw a crude bomb at Malibagh crossing around 9pm when Rasheda was on duty.

As the crude bomb went off with a big bang, a nearby police van caught fire, he said, adding that the explosion left the female police officer and the rickshaw-puller injured.

Of them, Rasheda suffered injuries to her left leg while Lal Miah to his head, Enamul said.

They were first taken to Rajarbagh Police Hospital and then shifted to Dhaka Medical College Hospital.

Rasheda said she spotted blood in her leg after a loud sound.