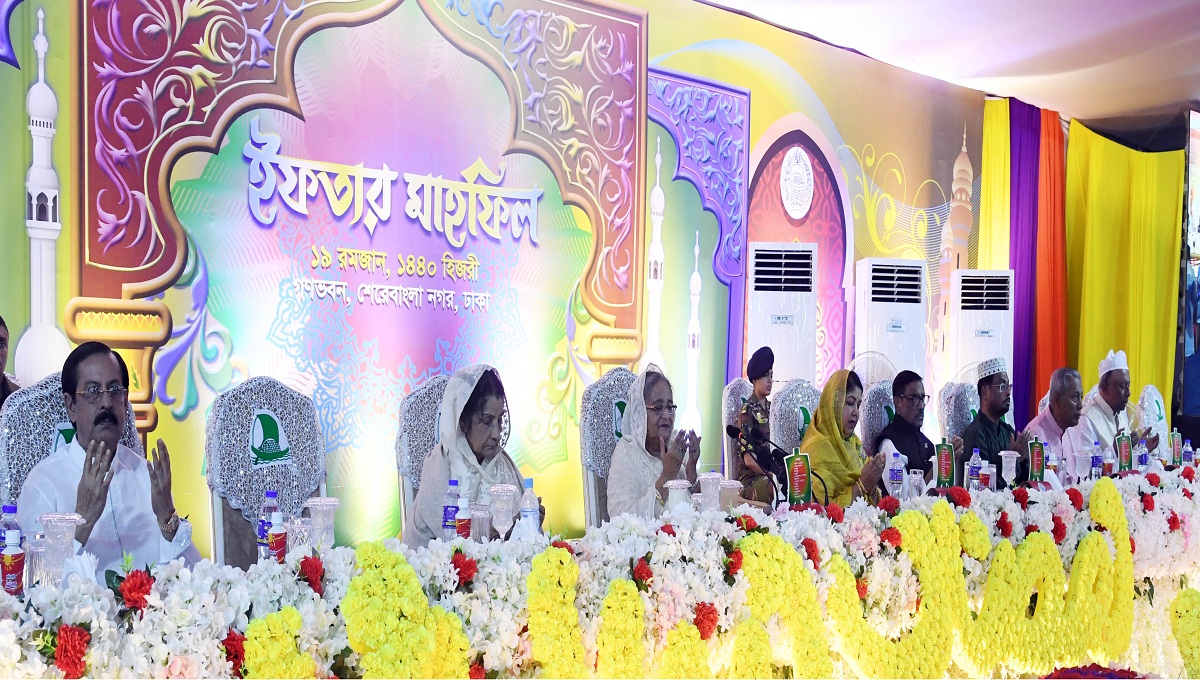 Dhaka, May 25 : Prime Minister Sheikh Hasina on Saturday said the next national budget will be placed in Parliament on June 13 and its size will be over Tk 5 lakh crore.

“We placed a Tk 4.64 lakh crore budget for the current fiscal year … we’ll place the new budget in the Jatiya Sangsad on June 13 InshaAllah and its size will be over Tk 5 lakh crore,” she said while addressing an iftar party arranged for the leaders of different political parties at her official residence Ganobhaban.

Highlighting her government’s various steps taken for the country’s development, she said the benefits of development are reaching upto the grassroots level.

“We’re making all the arrangements so that everyone can lead a decent life with access to food, clothes, housing, education and medicare,” Sheikh Hasina said, adding that the government wants everybody to live with enjoying basic rights and there remain no homeless and deprived of medicare and education.

To her, Hasina said, power is not anything to enjoy; rather it is an opportunity to serve people. “Following this ideology, I’ve been working for the development of the country and people are getting its outcome,” she said.

“Our aim is to reach the fruits of independence to every house so that every person gets a decent life,” the Prime Minister said, mentioning that 93 percent people have already come under the electricity coverage.

She said Father of the Nation Bangabandhu Sheikh Mujibur Rahman rebuilt the war-ravaged country within only three and a half years of its independence.

Sheikh Hasina said all the political parties in India unanimously passed the Land Boundary Agreement with Bangladesh. “We exchanged enclaves peacefully which, I think, created a history in the world.”

Extending her Eid greetings to all in advance, the Prime Minister regretted that she will not be there in the country during the festival as she has some overseas tours at that time.

“I’m very sorry that I can’t stay during Eid as I’ve a number of visits abroad … I’m going to Japan first, then I’ll visit Saudi Arabia to attend the OIC Summit and from there I’ll go to Finland,” she said.

Sheikh Hasina said she will go to Finland to see the newborn granddaughter of her sister Sheikh Rehana.

Trump arrives in Tokyo for state visit, golf and sumo