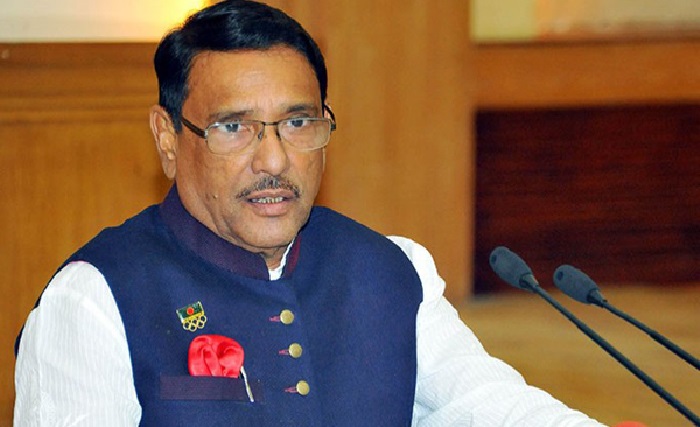 Congratulating Narendra Modi on his party’s landslide victory in the Indian general election, Awami League (AL) General Secretary Obaidul Quader on Friday hoped that all bilateral issues, including Teesta water dispute, between Bangladesh and India will now be solved.
Road, Transport and Bridges Minister came up with this comment in a press briefing, held at party President Sheikh Hasina’s Dhanmondi political office on Friday after an AL secretary-level meeting.

Road, Transport and Bridges Minister said Prime Minister Sheikh Hasina phoned her Indian counterpart to extend her congratulations to him on his party’s victory.When asked about BNP Chairperson Khaleda Zia’s health condition, the AL leader said, “The government will not commit such an inhuman act like killing Khaleda Zia in jail.”