Saudi Aramco to buy liquid natural gas from US company 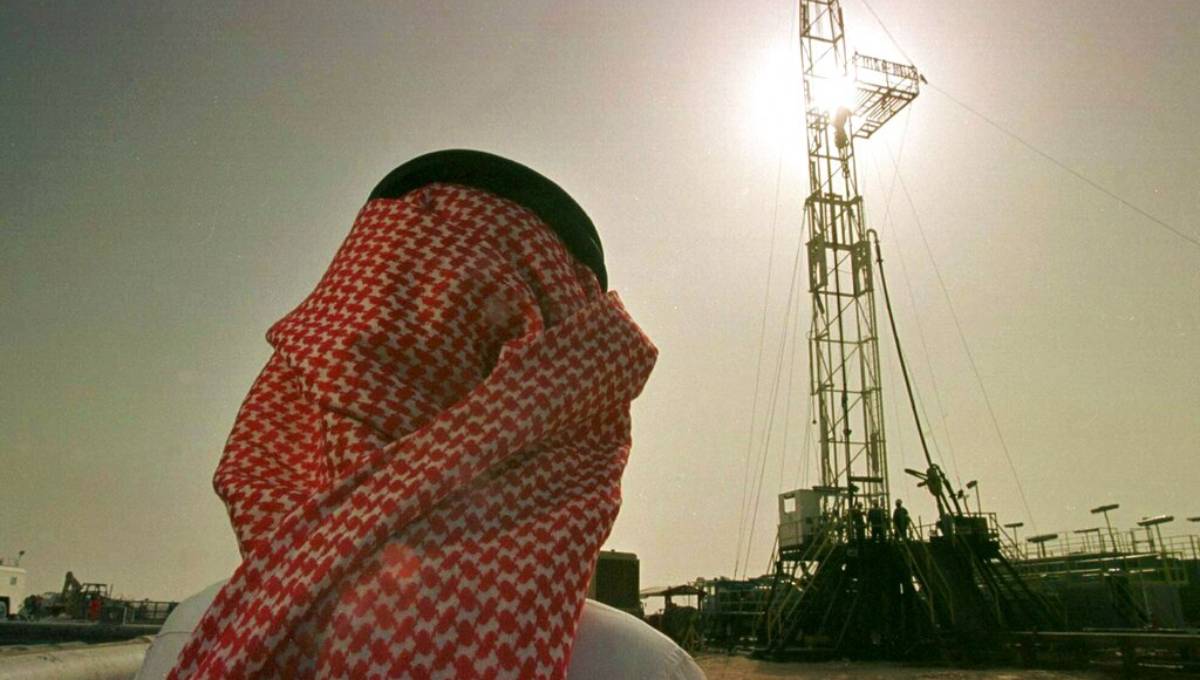 Photo: Khaled al-Otaiby, an official of the Saudi oil company Aramco, watches progress at a rig at the al-Howta oil field near Howta, Saudi Arabia.

Saudi Arabian Oil Co., also known as Aramco, said Wednesday it would buy 5 million tons of liquid natural gas per year from Sempra Energy, based in San Diego. Aramco also will make a 25% equity investment in an LNG export facility under development in Port Arthur, Texas, as part of the deal.

The agreement is a major step forward in Aramco’s long-term strategy to become a global LNG player, said Amin Nasser, the company’s CEO. “With global demand for LNG expected to grow by around 4% per year … we see significant opportunities in this market and we will continue to pursue strategic partnerships which enable us to meet rising global demand for LNG,” Nasser said in a news release.

The U.S. fracking boom over the last decade led to an abundance of natural gas, and the U.S. quickly became one of the world’s top exporters of liquid natural gas after it began exporting the fuel in 2016. Its exports of LNG ranked fourth largest in the world in 2018 behind Qatar, Australia and Malaysia, according to the U.S. Energy Information Administration.

The Port Arthur facility is one of Sempra’s five LNG development opportunities in North America, and it received authorization from the Federal Energy Regulatory Commission to construct and operate the facility and related pipelines last month.

“At Sempra Energy, we are developing one of the largest LNG export infrastructure portfolios in North America, with an eye towards connecting millions of consumers to cleaner, more reliable energy sources,” said Jeff Martin, CEO of Sempra, in a statement. Partnering with Aramco will help develop the facility and enable the export of American natural gas to global markets, Martin said.

The liquid natural gas purchased by Saudi Aramco will most likely be sold on the spot market in Europe and Latin America, said Ira Joseph, head of gas and power analytics at S&P Global Platts.

“This is by far and away the Saudis’ largest investment ever in LNG,” Joseph said. “The size of the deal, the volume of the LNG, is very out of step with size of LNG contracts that have been signed recently.”

Companies such as Sempra have been looking for investors for LNG projects, but finding buyers to sign long-term deals has been difficult. Liquid natural gas is mostly used for power generation, and renewable energy sources have made the market for fuels for power generation more competitive, Joseph said.

Saudi Arabia burns a lot of crude oil in its electric power sector, and the move could help the country diversify its power mix and potentially export crude oil that it might have burned, said Jonathan Aronson, research analyst at Cornerstone Macro.

“If they want to play in the global energy markets, this is a way to get a foothold on the natural gas side, and U.S. natural gas is some of the lowest-cost natural gas in the world,” Aronson said.

Chinese man guilty of defrauding Apple out of 1,500 iPhones