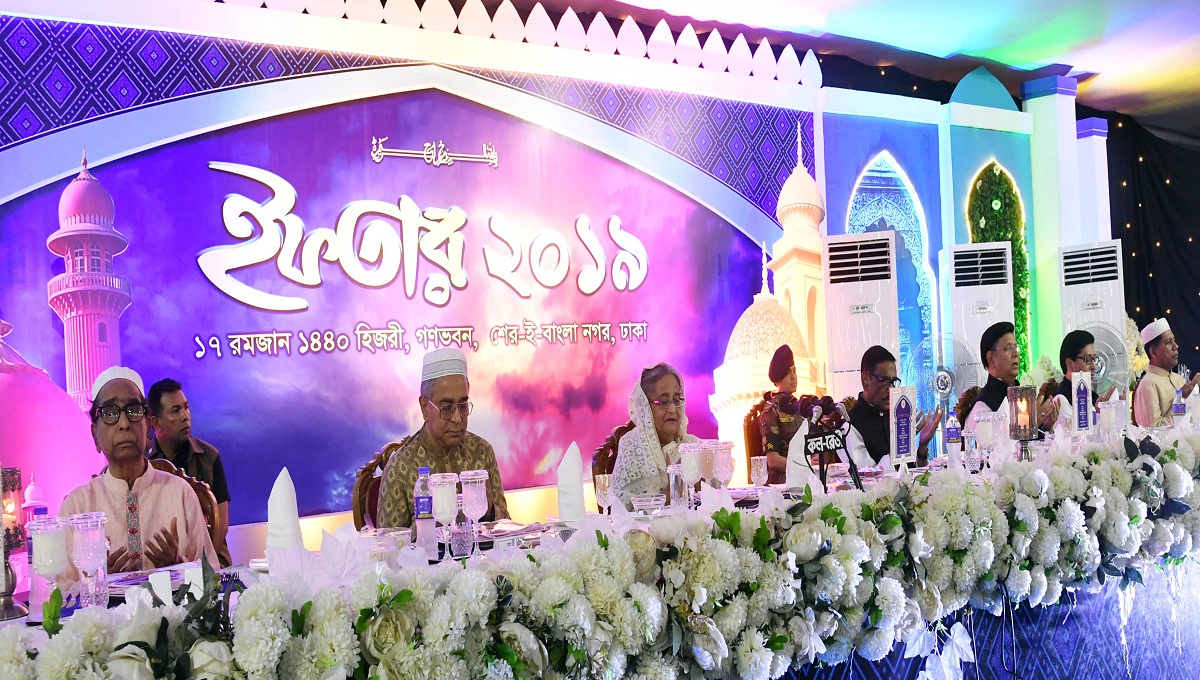 Dhaka, May 23 : Prime Minister Sheikh Hasina on Thursday hosted an iftar party in honour of judges, diplomats and high government and military officials at her official residence Ganobhaban.

The Prime Minister arrived at the iftar venue at 6:16pm and thanked the guests for attending the function.

Before the iftar, a munajat was offered seeking continued peace, progress and prosperity of the country and its people.

Prayers were also offered seeking eternal peace of the departed souls of Father of the Nation Bangabandhu Sheikh Mujibur Rahman and martyrs of the August 15 carnage, four national leaders and the martyrs of the Liberation War.