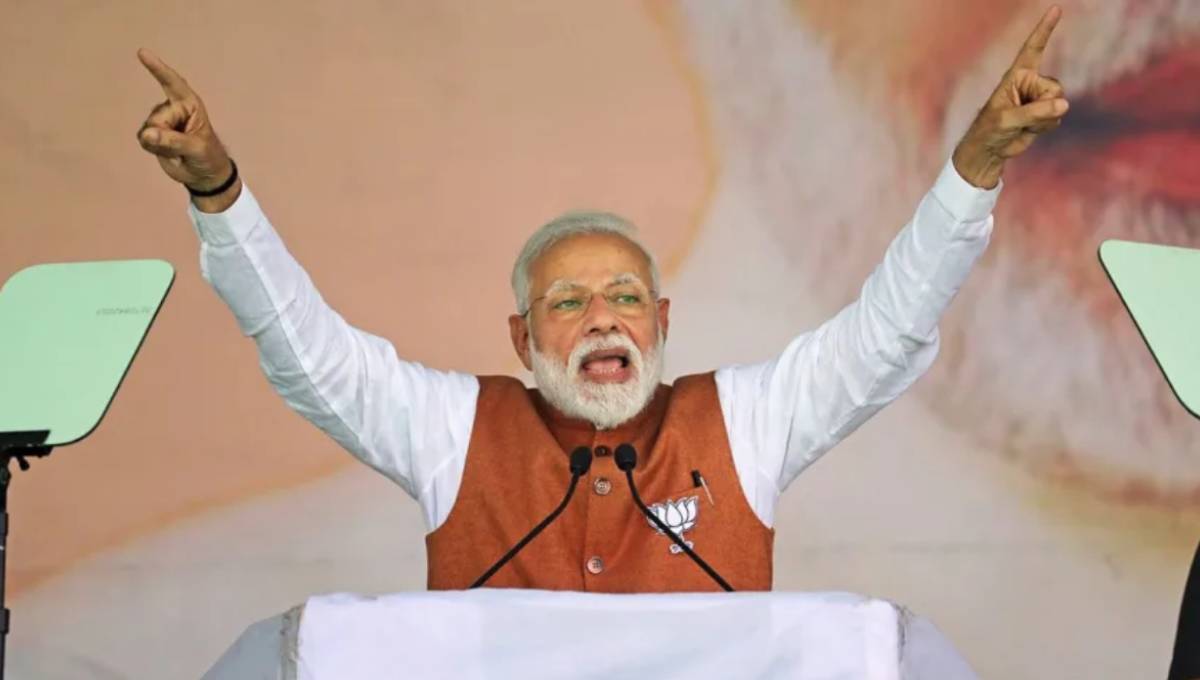 New Delhi, May 23 : Indian Prime Minister Narendra Modi and his party had a commanding lead as votes were counted Thursday after a six-week general election, sending the stock market soaring in anticipation of another five-year term for the Hindu nationalist leader.

Election Commission data by late morning showed the Bharatiya Janata Party leading in contests for 291 out of 542 seats in the lower house of Parliament, with its main rival, the Indian National Congress, ahead in 50 contests.

The data didn’t indicate what percentage of the estimated 600 million votes had been counted. The count was expected to conclude by Thursday evening.

The election has been seen as a referendum on Modi, whose economic reforms have had mixed results but whose popularity as a social underdog in India’s highly stratified society has endured. Critics have said his Hindu-first platform risks exacerbating social tensions in the country of 1.3 billion people.

On the campaign trail, Modi presented himself as a self-made man with the confidence to cut red tape and unleash India’s economic potential, and labeled Congress party president Rahul Gandhi, the scion of a political dynasty that lost power in 2014, as an out-of-touch elite.

Half a dozen exit polls released after voting concluded Sunday showed Modi and the Bharatiya Janata Party winning. A party or coalition needs a simple majority, or 272 of the seats in Parliament’s lower house, to govern.

“Mr. Modi’s going to be the next prime minister, we are very assured of that,” said Meenakshi Lekhi, a member of Parliament running for re-election in New Delhi.

Outside BJP headquarters in New Delhi, hundreds of people cheered and shouted party slogans, lifting cardboard cut-outs of Modi and BJP President Amit Shah into the air as other people played drums.

Mohit Sharma, a 29-year-old who runs a bathroom fittings business, said India had never had a prime minister like Modi.

“In the past, when leaders after they won elections, they sat in air-conditioned rooms and they never reached out to people, but Modi was never like that. He was always connected to the people through social media,” Sharma said.

The BJP harnessed social media, including Twitter, where Modi has the world’s second-highest number of followers, and WhatsApp to reach out to millions of supporters.

Meanwhile, at Congress headquarters, only a few party workers stood outside looked dejected.

In the world’s largest democratic exercise, voters cast ballots on some 40 million electronic voting machines, a method India began using 15 years ago after complaints that the manual count of paper ballots was tainted by fraud and abuse.

Losing candidates and political parties have raised doubts about the accuracy and reliability of the electronic method, however, noting the machines are not used in Britain, France, Germany, the Netherlands and the United States.

The issue hit the headlines again this week.

The machines print a paper slip each time a vote is cast that is locked inside a box. A small percentage of the boxes will be opened and the printouts checked against the computerized results. The time it takes to count the paper ballots is expected to delay the results by several hours.

Saudi Aramco to buy liquid natural gas from US company