6 dead in Jakarta riots after announcement of official election results 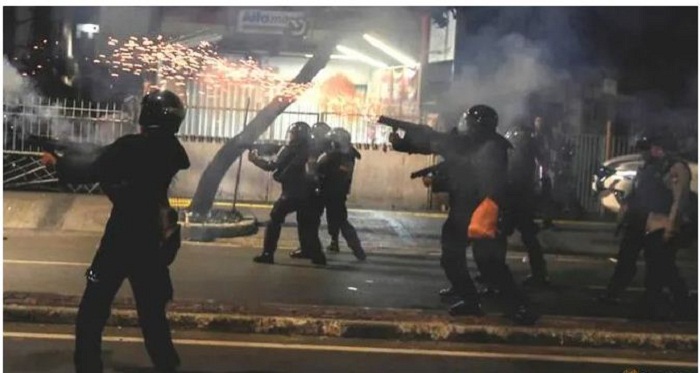 Six people were killed in Jakarta after riots took place on Tuesday night following the announcement of official election results.”Casualties up till now include six people dead,” Jakarta governor Anies Baswedan told Detik news on Wednesday (May 22) at Tarakan hospital.

“As of 9am (10am Singapore time), there are more than 200 people injured,” the governor added.A police spokesman earlier on Wednesday said at least 20 people accused of provoking riots have been arrested following official results showing President Joko Widodo had been re-elected after last month’s election.

Television footage showed smoke billowing from behind dozens of protesters who were dancing in the street in the Tanah Abang district of central Jakarta.

“Around 11pm, there was a sudden crowd build-up – we do not know where they came from; they were provocative and violent,” said Muhammad Iqbal, spokesman for Indonesian police.

“They damaged security barriers and provoked officers. As per our standard operating procedure, officials pushed them back. The protesters were not cooperative and brutally attacked officers with rocks, molotov cocktails and firecrackers.”

A separate crowd in front of the election supervisory body threw rocks at police, a Reuters witness said.

The General Election Commission (KPU) on Tuesday confirmed unofficial counts by private pollsters in the Apr 17 election, which gave Widodo a 55.5 per cent share of votes against 44.5 per cent for his opponent, former general Prabowo Subianto.Widodo won more than 85 million votes of a total of 154 million cast in the world’s third-largest democracy, but Prabowo told reporters he believed there had been widespread cheating and about 1,000 supporters gathered in Jakarta a day earlier.

On Monday, an election supervisory agency dismissed claims of systematic cheating, citing a lack of evidence. Independent observers have said the poll was free and fair.

Protests that started peacefully on Tuesday turned violent in the evening, forcing police to fire tear gas to disperse the crowd. Cars parked near an apartment housing the police’s mobile brigade were set ablaze, media reported.

“As of now, police have arrested more than 20 people we thought were the provocateurs and who did other crimes,” said police spokesman Dedi Prasetyo.

Prasetyo said police were checking on reports of casualties, but stressed that security officers on the ground, which include military personnel, were not equipped with live bullets.

News website Tirto reported a man died of bullet wounds in Tanah Abang, quoting a doctor at a hospital near the site.

Indonesian authorities have said 40,000 police and army personnel were on duty across Jakarta in a bid to maintain security.