Bologna draws 3-3 at Lazio to secure Serie A safety 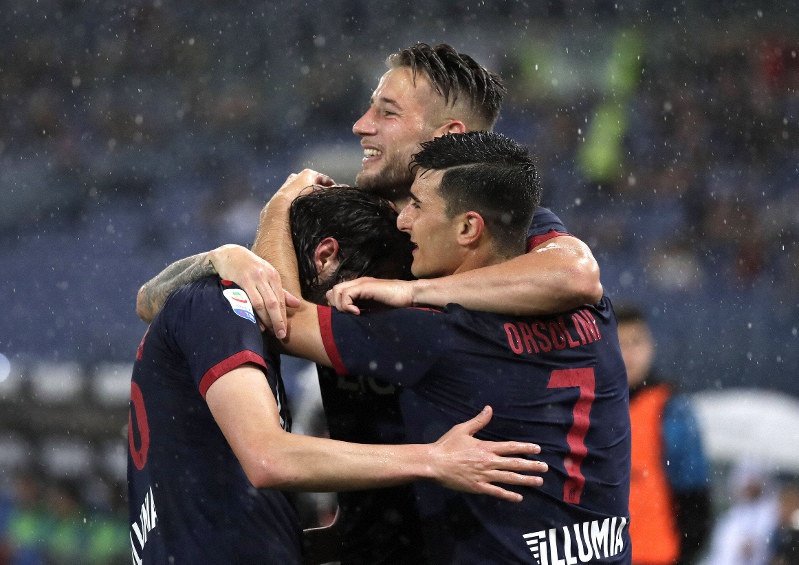 Photo: Bologna’s Andrea Poli, left, celebrates with Bologna’s Riccardo Orsolini after scoring his side’s first goal during an Italian Serie A soccer match between Lazio and Bologna, at the Olympic stadium in Rome, Monday, May 20, 2019.

Rome, May 21 : Bologna secured Serie A football for another season after drawing at Lazio 3-3 in a thriller on Monday.

Bologna moved four points clear of the relegation zone with one match remaining.

Lazio was still celebrating winning the Italian Cup midweek and Joaquin Correa fired the capital side in front in the 13th minute.

However, two goals in the space of a minute from Andrea Poli and Mattia Destro saw Bologna take the lead early in the second half.

Bastos curled in a stunning effort to level for Lazio in the 59th but Riccardo Orsolini restored Bologna’s lead shortly after.

Substitute Sergej Milinkovic-Savic secured a draw for Lazio with a sensational free kick 10 minutes from time.

This Chinese salt and pepper shrimp is a savory-spicy joy