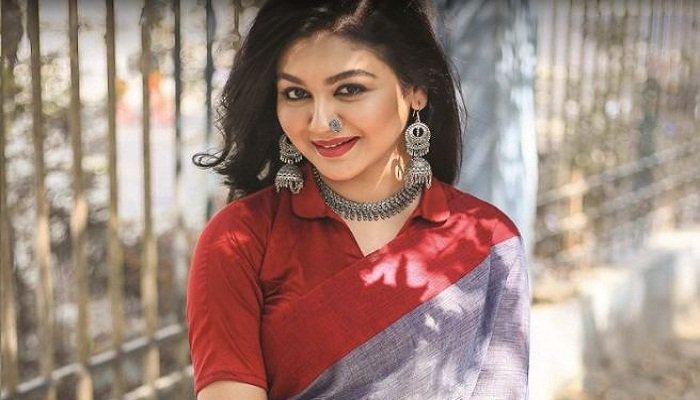 Joya Ahsan will be seen as a serial killer in a web series called ‘Troilokko’ by Arindam Sil. The series will be made in both Bangla and Hindi.
In this web series, Joya’s character is inspired by India’s first female serial killer Troilokko. She was a beautiful and intelligent Bengali lady; on the other hand, she was a statue of horror.

Arindam told that all on a sudden he came to know about Troilokko in an article. Later he read ‘Darogar Daptor’ by Priyanath Mukherjee which made him more curious to work on it.The director said, “While working on the script, the name of the Bangladeshi actress Joya Ahsan came to my mind first. We have analysed it for six months. We need an actress with strong personality for portraying the character. Since, the character Troilokko has several dimensions, I couldn’t but name Joya.”

Joya has also confirmed the matter of working in this web series by posting status on social media.

The background of the series lies on the decade of 1860-70. Already, they have started making palanquins pairs and other stuffs of the then period.

Tota Roy Chowdhury will be seen in another important character depicting detective Priyanath Mukherjee. Priyanath is considered as the India’s first detective.

Besides, the character ‘Kalibabu’ will be played by a Bollywood actor who has not been selected yet.

At the end of this year ‘Troilokko’ will be seen on Zee-5. Shooting of the series will be started after Durga Puja. And the venues of shooting will include villages from Kolkata to Varanasi.

PM Modi performs puja at Kedarnath after meditating for 17 hrs