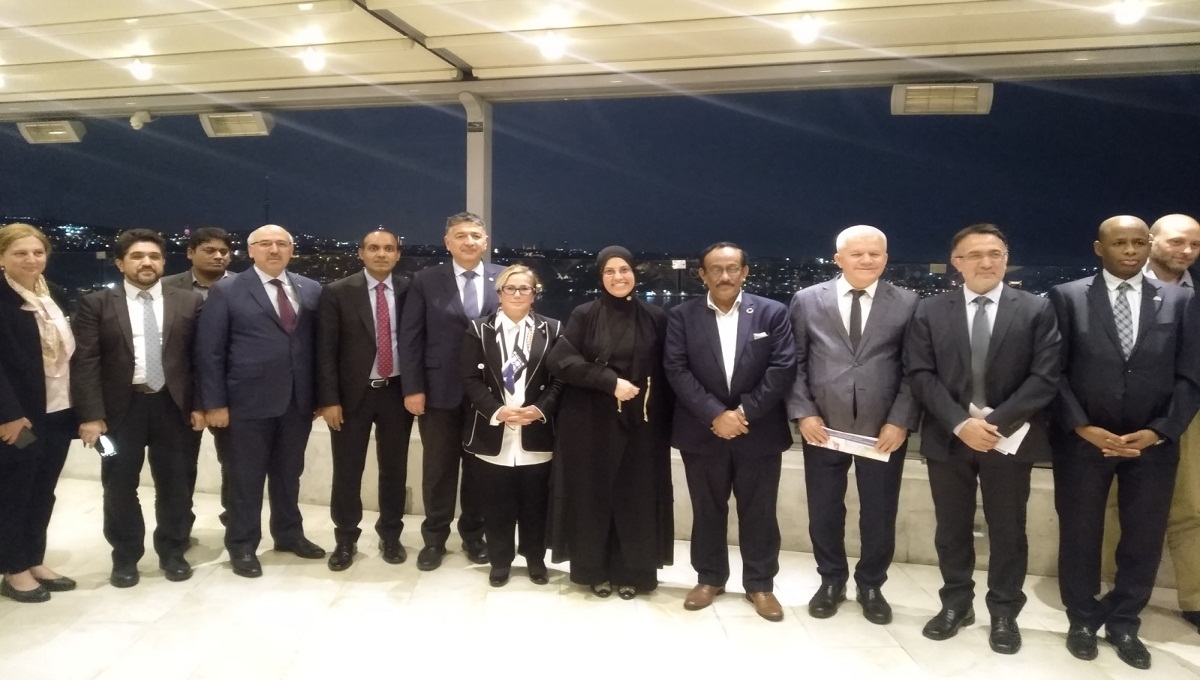 Dhaka, May 19 : Foreign Secretary M Shahidul Haque, now in Turkey, has shared the challenges being faced by Bangladesh in dealing with Rohingya crisis apart from highlighting Bangladesh’s efforts to bring an effective and sustainable solution to the crisis.

He presented the latest situation of the Rohingya crisis at a briefing session titled ‘Bangladesh-Turkey: Solidarity for Humanity’ organised by Bangladesh Consulate in Istanbul on Saturday.

Members of Turkish Parliament, Deputy Governor of Istanbul, Rectors of Public and Private Universities of Turkey, prominent academicians as well as top executives of Istanbul-based think-tanks and NGOs attended the event, said a media release on Sunday.

Foreign Secretary Haque will lead the Bangladesh delegation at the Foreign Office Consultations (FOC) with the Turkish side to be led by its Deputy Minister for Foreign Affairs Sedat Onal in Ankara on Monday.

Foreign Secretary Haque made an eloquent description on the historical evolution of the Rohingya crisis and the systematic persecution and atrocities unleashed by Myanmar over the years on this particular community.

He elaborated the root causes of the problem, articulating various dimensions and perspectives attached to it.

The Foreign Secretary pointed out the catalogue of challenges being faced by Bangladesh in bringing an effective and sustainable solution to the crisis.

He also gave a brief account of assistance and cooperation received by Bangladesh from international community in this regard.

Haque underlined the commitment, readiness, intent and actions of the government in providing every possible support to about 1.2 million forcibly displaced Myanmar nationals currently sheltering in Bangladesh.

He expressed sincere appreciation to all international friends and allies, including Turkey, that stand by Bangladesh at this critical hour.

Haque sought everyone’s engagement, participation and contributions in their own way to this important issue, not only keeping it alive at the global stage but also making it loud and heard by the international actors for getting it resolved at the earliest.

Consul General of Bangladesh in Istanbul Mohammad Monirul Islam also spoke on the occasion highlighting the recent upturns in the bilateral relationship between Bangladesh and Turkey.