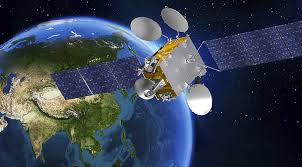 Dhaka, May 19 : One year after its launching, Bangladesh’s first geostationary communications satellite Bangabandhu-1 started its commercial operation on Sunday with some television channels taking its services.

Owners of the TV channels handed over commercial agreements to Chairman of Bangladesh Communication Satellite Company Limited (BCSCL) Shahjahan Mahmood at a programme at InterContinental Dhaka in the evening for taking the services of Bangabandhu-1 satellite.

Besides, a memorandum of understanding was signed with Sonali Bank Ltd to manage its branch-to-branch and ATM connectivity using the satellite.

At the function, Information Minister Dr Hasan Mahmud inaugurated programmes marking the one year of the launching of the satellite and its marketing.

“With the agreements, private TV channels will be able to air programmes at less cost using our own satellite. Bangladesh is the 57th country to launch satellite in the space which is a matter of pride,” Hasan Mahmud said.

Posts and Telecommunications Minister Mustafa Jabbar said they are working to launch Bangabandhu-2 satellite into the orbit.

The satellite was launched into the orbit by US space transport company SpaceX on May 12 last year.

PM seeks cooperation of all in making Bangladesh prosperous