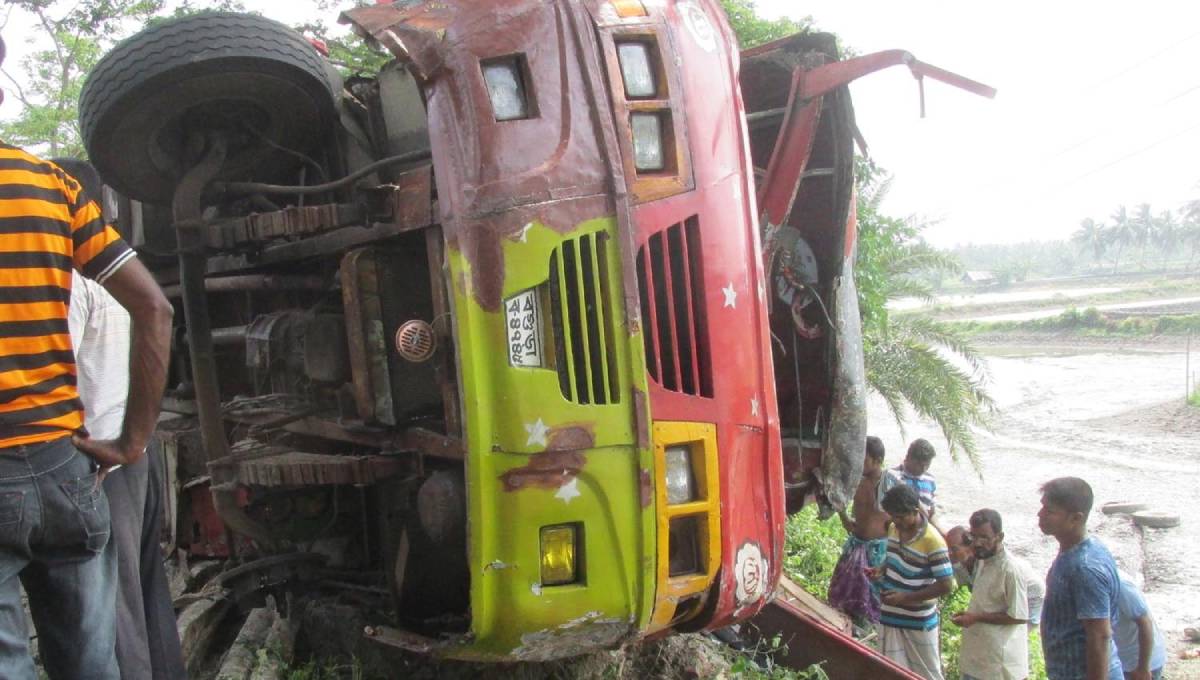 Photo: A bus overturns after hitting a tree at Foltita in Fakirhat upazila on Saturday morning, leaving 6 people dead.

Bagerhat, May 18 : At least six people were killed and nine others injured after a bus crashed into a roadside tree in Fakirhat upazila on Saturday morning.

Five people were killed on the spot when the Mollarhat-bound bus from Rupsha hit the roadside tree around 9am, said Robiul Islam, officer-in-charge of Bagerhat highway police.

Ten others, injured in the accident at Foltita, were taken to Fakirhat upazila health complex and Khulna Medical College Hospital.

One of them later died at the health complex, added the OC.

Step by step: Democrats play the long game against Trump