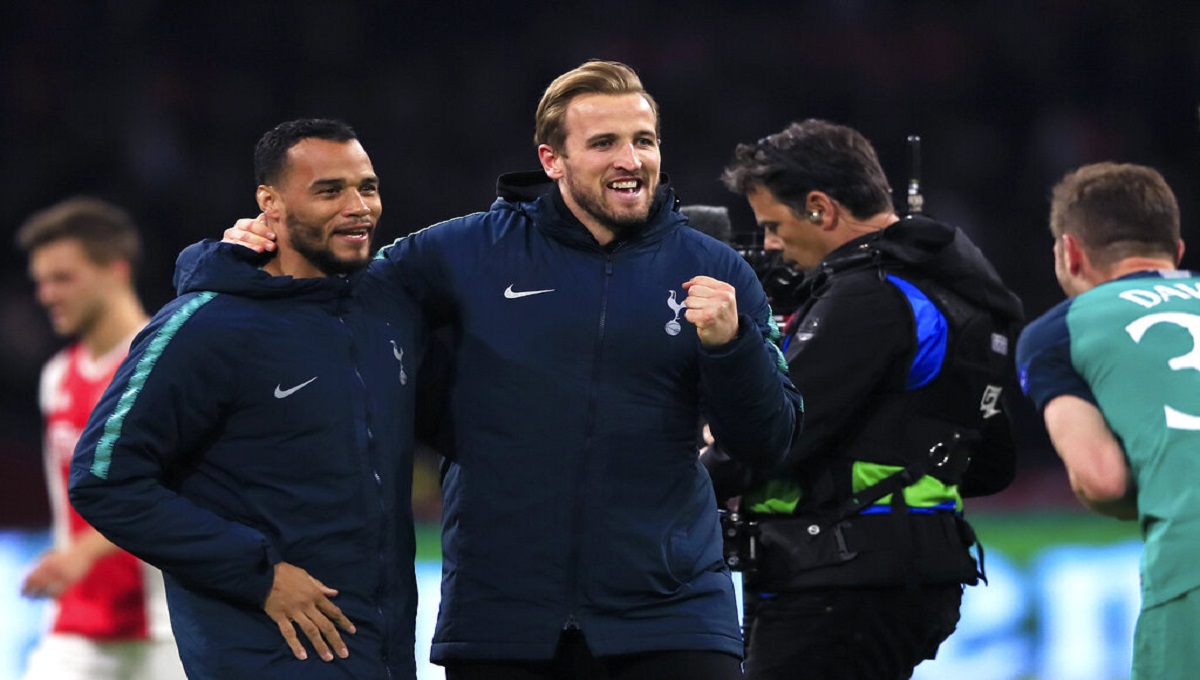 Photo : Tottenham’s Harry Kane, center, celebrates at the end of the Champions League semifinal second leg soccer match between Ajax and Tottenham Hotspur at the Johan Cruyff ArenA in Amsterdam, Netherlands, Wednesday, May 8, 2019.

London, May 17 : Harry Kane was selected by England for the inaugural Nations League finals next month even though he has yet to return to action for Tottenham after an ankle injury.

The striker was included in an enlarged 27-man squad on Thursday for the tournament in Portugal, which will see England take on the Netherlands on June 6 for a place in the June 9 final against the host nation or Switzerland.

Kane hasn’t played since April 9 when he was hurt against Manchester City in the Champions League quarterfinals.

Tottenham’s season was extended by three weeks after the team reached the final of the Champions League. The team will play Liverpool in Madrid on June 1, which could be Kane’s first game back and his only competitive appearance before the Nations League finals.

England coach Gareth Southgate said he was “keeping the door open” for Kane, the team captain.

“He is working towards being fit for (Tottenham) for their final,” Southgate said. “We have to see how that progresses, really.”

If Kane regains his fitness, he could end up playing three big games in nine days.

“We are going to have to look post-Champions League final — we’ll have to assess everyone, really,” Southgate said, “because of the physical aspect of that game and the emotional fallout from that game.”

Southgate’s preparations for the Nations League finals have been disrupted by England having all four representatives in the Champions League and Europa League title matches, which will take place a week earlier.

There will be eight England players involved in the Champions League final — five from Tottenham and three from Liverpool. Arsenal plays Chelsea for the Europa League title on May 29, although there is only one player — Chelsea’s Ross Barkley — in the latest England squad from those two teams.

“From our perspective, we just have to deal with it,” Southgate said. “I guess maybe people didn’t think about the possibility of one nation having so many players involved in that (Champions League) final. That’s the situation we’ve got.

“But they are both going to be brilliant games to be part of.”

Chelsea’s England contingent has been reduced after midfielder Ruben Loftus-Cheek ruptured his Achilles tendon playing a friendly for Chelsea against New England Revolution in Boston on Wednesday. Fellow Chelsea player Callum Hudson-Odoi was already ruled out with a similar injury.

Southampton forward Nathan Redmond was selected, two years after making his one and only appearance for England.