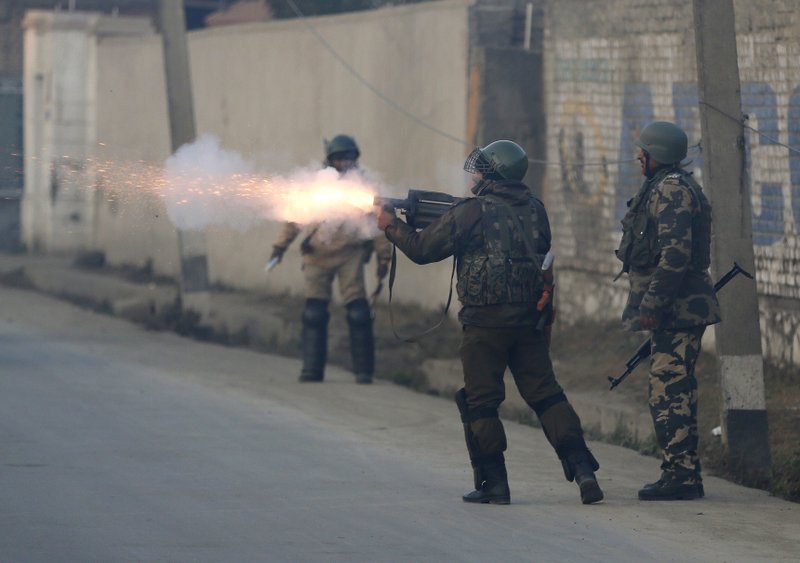 Srinagar, May 16 : Three rebels, an army soldier and a civilian were killed early Thursday during a gunbattle in disputed Kashmir that triggered anti-India protests and clashes, officials and residents said.

The gunbattle broke out in a neighborhood in southern Pulwama town as police and soldiers scoured the area for militants, said Col. Rajesh Kalia, an Indian army spokesman. He said as troops began conducting searches, they came under heavy gunfire, leading to a gunfight that killed three militants and an army soldier.

A civilian was also killed and his brother wounded during the fighting, police said. Two soldiers were also injured in the gunbattle.

The fighting sparked protests and clashes as hundreds of residents tried to march to the site of the battle in solidarity with rebels despite security lockdown in the area.

Government forces fired shotgun pellets and tear gas at protesters who threw stones at them. No one was immediately reported injured in the street clashes.

India and Pakistan each claim the divided Himalayan territory of Kashmir in its entirety. Rebels have been fighting Indian control since 1989.

Most Kashmiris support the rebels’ demand that the territory be united either under Pakistani rule or as an independent country, while also participating in civilian street protests against Indian control.

About 70,000 people have been killed in the uprising and the ensuing Indian crackdown since 1989.