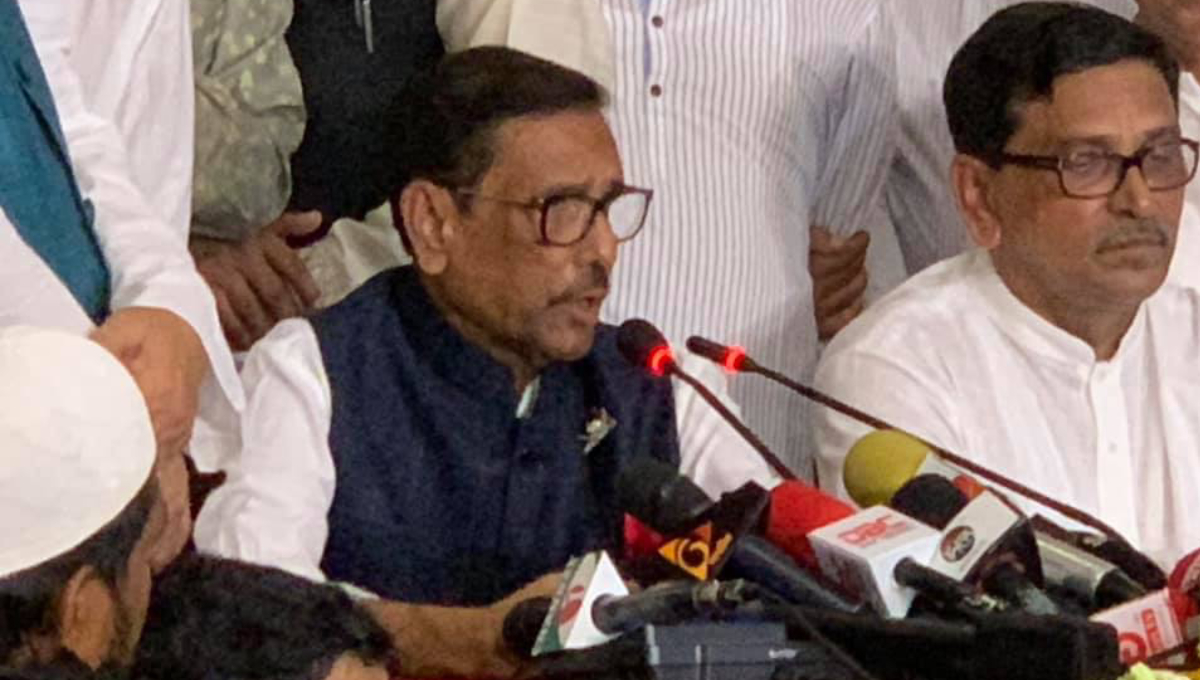 Road Transport and Bridges Minister and Awami League general secretary Obaidul Quader talks to reporters at the airport on Wednesday, May 15, 2019. Photo: Courtesy

Talking to reporters at the airport, Obaidul Quader said his debt burden to Prime Minister Sheikh Hasina has increased.

“She (Sheikh Hasina) is an affectionate mother …she’s really a mother of humanity. My debt burden to her has enhanced,” he said.

The AL general secretary also expressed gratitude to the people of the country and his party leaders and activists at all levels for praying for him.

Obaidul Qauder had been admitted to Bangabandhu Sheikh Mujib Medical University (BSMMU) hospital initially on March 3 following breathing complications. Tests revealed three blockages in his coronary artery. He was then flown to Singapore the next day for treatment.

Gazette of 9th wage board award to be published soon: Hasan