President flies to London for check-up 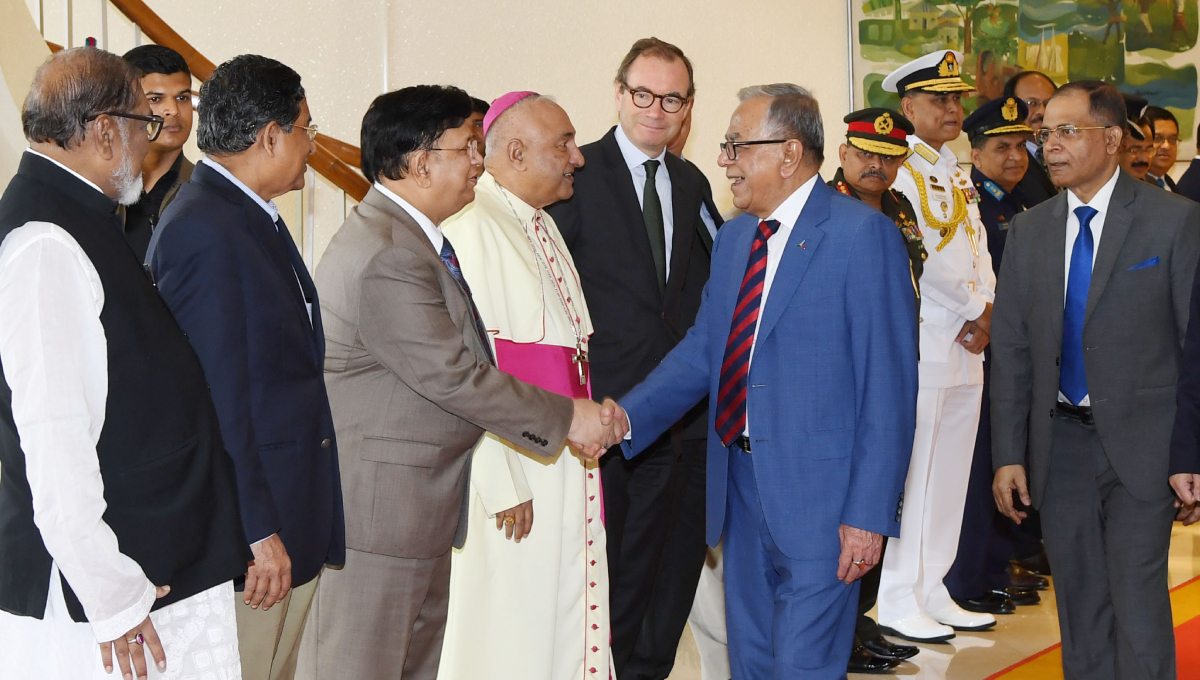 Several ministers and others see President Abdul Hamid off at the VVIP Lounge of the airport on Wednesday, May 15, 2019. Photo: Courtesy

President’s Press Secretary Mohammad Joynal Abedin told that a VVIP flight of Biman Bangladesh Airlines  carrying the President took off from Shahjalal International Airport around 9am.

President Abdul Hamid is expected to return home on May 26.