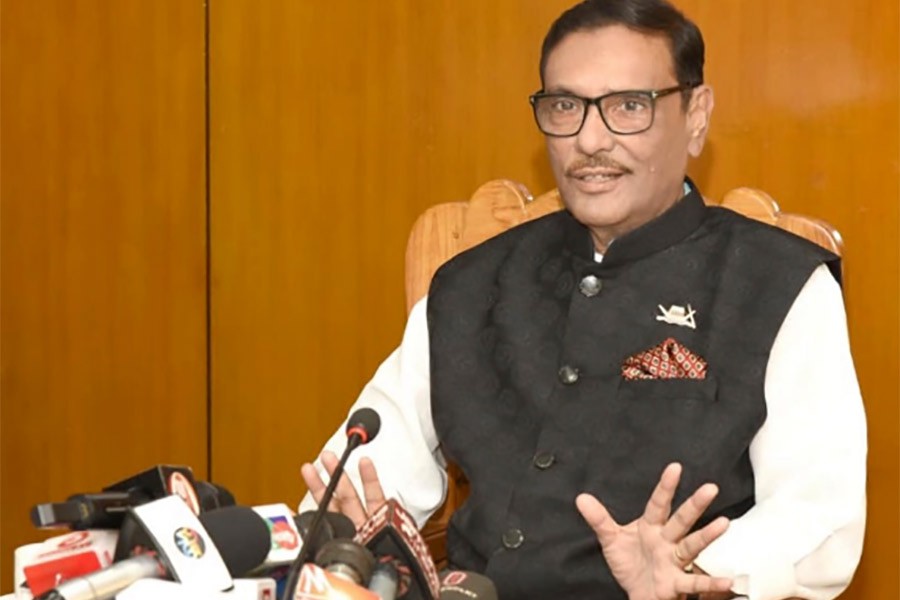 After taking two months of treatment at a hospital in Singapore, Awami League General Secretary Obaidul Quader is scheduled to return home on Wednesday evening as his health condition has improved remarkably.
“Quader will return home on Wednesday after taking treatment from a Singapore hospital by a flight of Biman Bangladesh Airlines,” Awami League Acting General Secretary Mahabub-ul-Alam Hanif said.

“He (Quader) is now quite okay. He would be able to perform his political works like he used to do before,” he said.He will return home by a flight (BG 085) of Biman Bangladesh Airlines at around 6:00pm on the day, said a press release.

Quader, also road transport and bridges minister, made the decision after a telephone conversation with Prime Minister Sheikh Hasina on Sunday.

Quader is now staying at a rented house near the Mount Elizabeth Hospital after release from the hospital on April 5.

Earlier, on March 26, Quader was moved to a cabin from the intensive care unit of the hospital as his health condition improved.