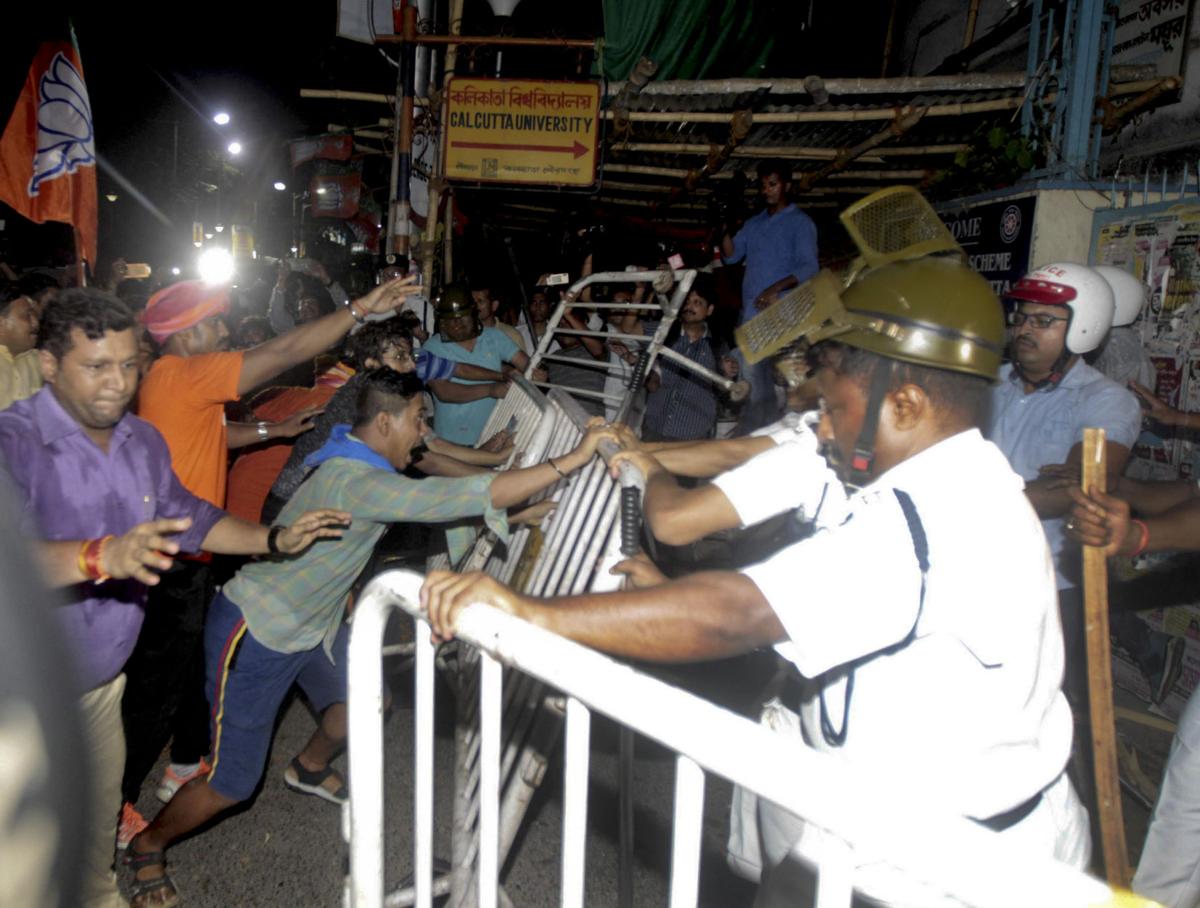 New Delhi, May 15 : Rival political supporters on Tuesday clashed with rocks and sticks during an election rally by the Hindu nationalist party in eastern India, leaving several people injured and a university college vandalized.

Police say they used sticks to disperse the rivals as West Bengal state prepared for the seventh and final round of voting for 543 parliamentary seats in India’s national elections on Sunday.

Several motorbikes and bicycles were set on fire, police said.

A big street procession, led by Bharatiya Janata Party president Amit Shah, was greeted with black flags by rivals who chanted “Shah Go Back.” That triggered clashes between the two groups.

Prime Minister Narendra Modi’s BJP is seeking re-election in the voting held in phases. The counting is scheduled to begin May 23.

The BJP is trying to improve its tally in West Bengal state, the stronghold of the Trinamool Congress party which controls 34 of 42 parliamentary seats. The BJP won only two parliamentary seats from the state in the 2014 national elections.