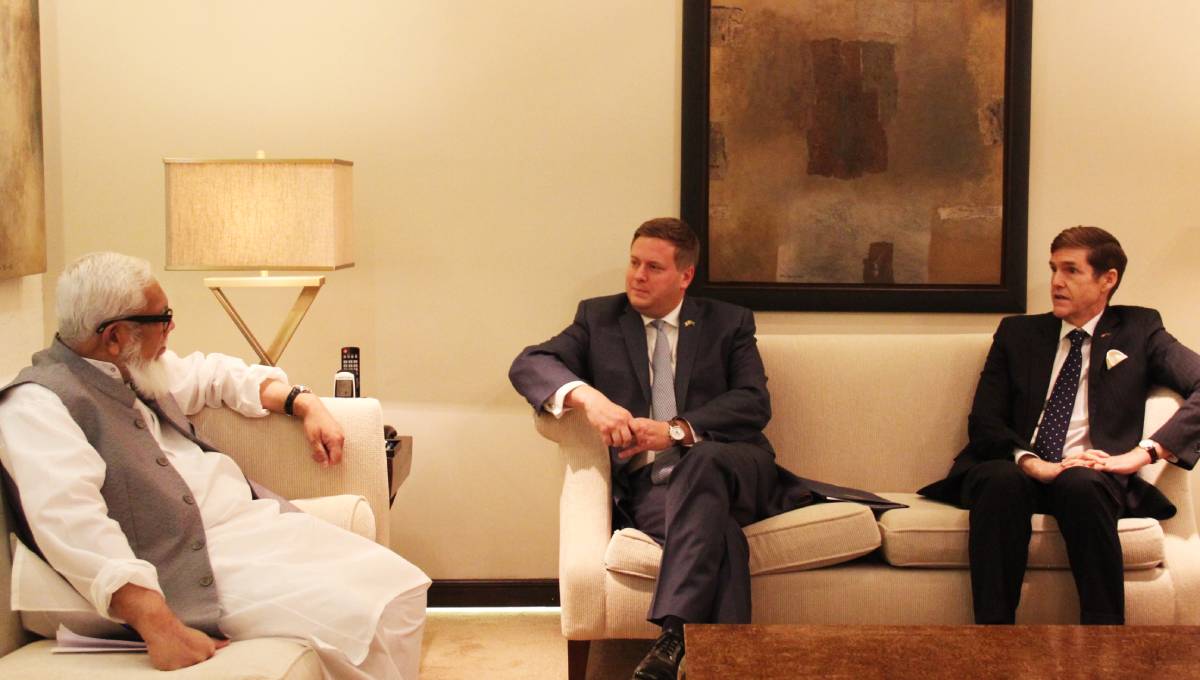 Dhaka, May 14 : The US is optimistic that its economic and commercial ties with Bangladesh will continue to grow rapidly as issues related to investment climate, intellectual property, and workforce are addressed.

“I’m confident [about the growth of ties],” said acting Assistant Secretary of Commerce and Director General of the US and Foreign Commercial Service Ian Steff. He visited Dhaka from May 11-13 to participate in a 2019 Trade Winds Indo-Pacific Forum and Mission and to promote US-Bangladesh trade and investment.

Steff noted that two-way trade between the US and Bangladesh has doubled to more than $8 billion over the past decade, said the US Embassy on Tuesday.

He encouraged Bangladesh to realise the full potential of the bilateral commercial relationship by removing remaining trade barriers and improving the ease of doing business.

The Trade Winds event facilitated meetings between 12 representatives of US companies and more than 40 business-to-business meetings with Bangladeshi companies.

Steff, in his first visit to Dhaka, met government officials and discussed intellectual property rights and other investment climate issues.

“US and Bangladeshi business leaders are increasingly expanding their commercial ties and partnerships, as evidenced by growing trade between our two nations and the strong participation of companies in our trade mission,” he said.

Bangladesh, with its population and economic growth, offers US companies a market of incredible potential with tens of millions of increasingly affluent consumers.

The US is among Bangladesh’s top trading partners.

Trade Winds Indo-Pacific is the US Department of Commerce’s first major trade mission to Bangladesh in recent history. The trade mission began on May 6 in New Delhi and concluded on May 13 in Dhaka.

Trade Winds, now in its 11th year, has directly supported more than $3.4 billion in US exports in over 40 countries, and in 2018, US exports of goods and services to the Indo-Pacific region were more than $476 billion.

In 2017, the mission brought 100 companies to Southeast Europe and accounted for more than $3 billion in US exports.

Heart deaths up for first time in 50 years