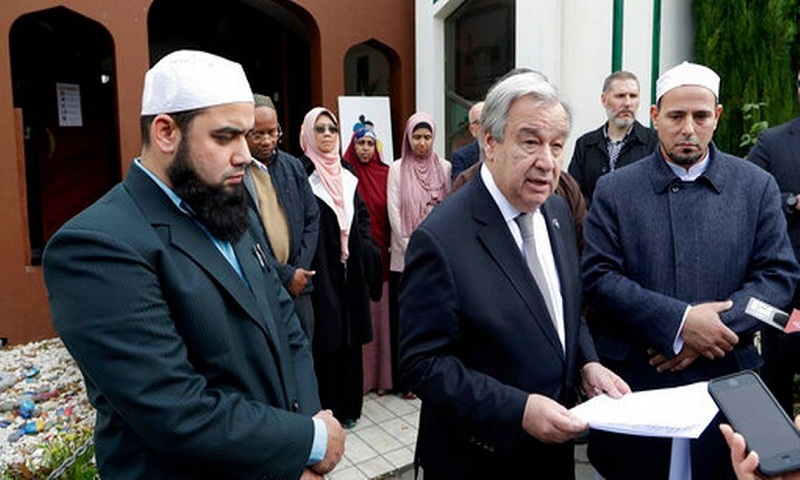 UN Secretary-General Antonio Guterres on Tuesday visited the two New Zealand mosques where 51 worshippers were killed by a gunman in March.
Guterres spent about 30 minutes inside the Al Noor mosque in Christchurch talking to Muslim leaders and survivors of the attacks.

Outside the mosque, he told reporters that like many people around the world, he had been moved by the poignant stories of compassion and grace.”I know there are no words to relieve the hurt and sorrow and pain,” Guterres said. “But I wanted to come here personally to transmit love, support, and total and complete admiration.”

Guterres then traveled to the Linwood mosque where he laid a wreath and met with survivors including Abdul Aziz, who is considered a hero for chasing the gunman and throwing a credit card machine and a discarded gun at him.

Guterres also attended a climate alliance event while on his visit to several South Pacific countries primarily to highlight the problems of climate change. His trip comes ahead of the Climate Action Summit that he plans to convene in September in New York.

Make-up Trends 2019: Get the fashion and beauty game right this summer