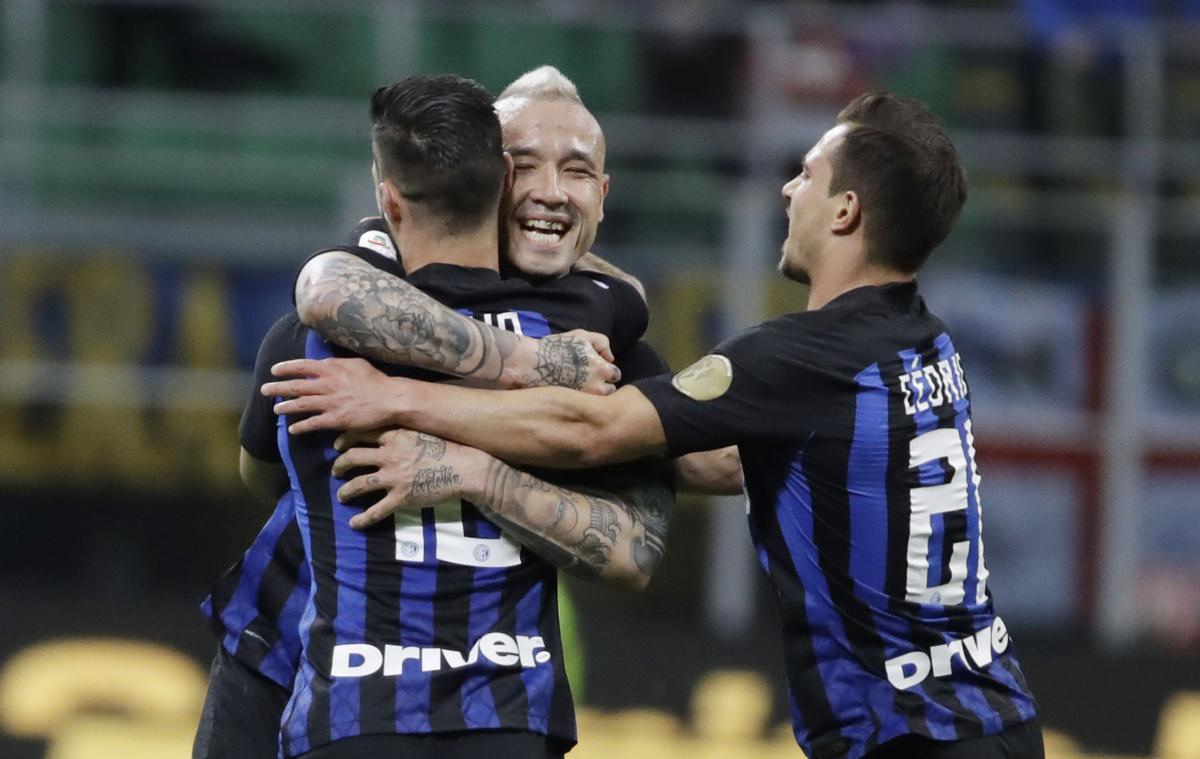 Photo: Inter Milan’s Matteo Politano, left, celebrates with his teammates Radja Nainggolan, center and Cedric Soares, after scoring his side’s opening goal during a Serie A soccer match between Inter Milan and Chievo, at the San Siro stadium in Milan, Italy, Monday, May 13, 2019.

Milan, May 14 : Inter Milan took a crucial step towards securing Champions League football by beating 10-man Chievo Verona 2-0 in Serie A on Monday.

Inter moved back into third spot in Serie A, a point above Atalanta, which occupies the final Champions League qualifying berth.

“Once we broke the deadlock, it all became easier. Now, it will all be in our hand for the next two games,” Inter midfielder Radja Nainggolan said. “Now, getting points to qualify for the Champions League is all that matters.”

Matteo Politano opened the scoring shortly before halftime and Ivan Perisic, who earlier hit the post, sealed the result after Chievo midfielder Nicola Rigoni was sent off for a second booking.

Last-placed Chievo had already been relegated.

Bologna all but achieved Serie A safety with a 4-1 win over 10-man Parma, which is in danger of getting sucked back into the relegation dogfight.

Bologna was helped by two own goals, including from Parma goalkeeper Luigi Sepe, who kept his side in the match early on with three sensational saves.

Parma defender Francisco Sierralta scored the other own goal late on.

Parma captain Bruno Alves was sent off with his team trailing 2-0 after he was showed a second yellow card for his reaction after being booked for a foul.

Bologna moved five points above the relegation zone and two above Parma.