They beat West Indies also in 2nd meeting of the series 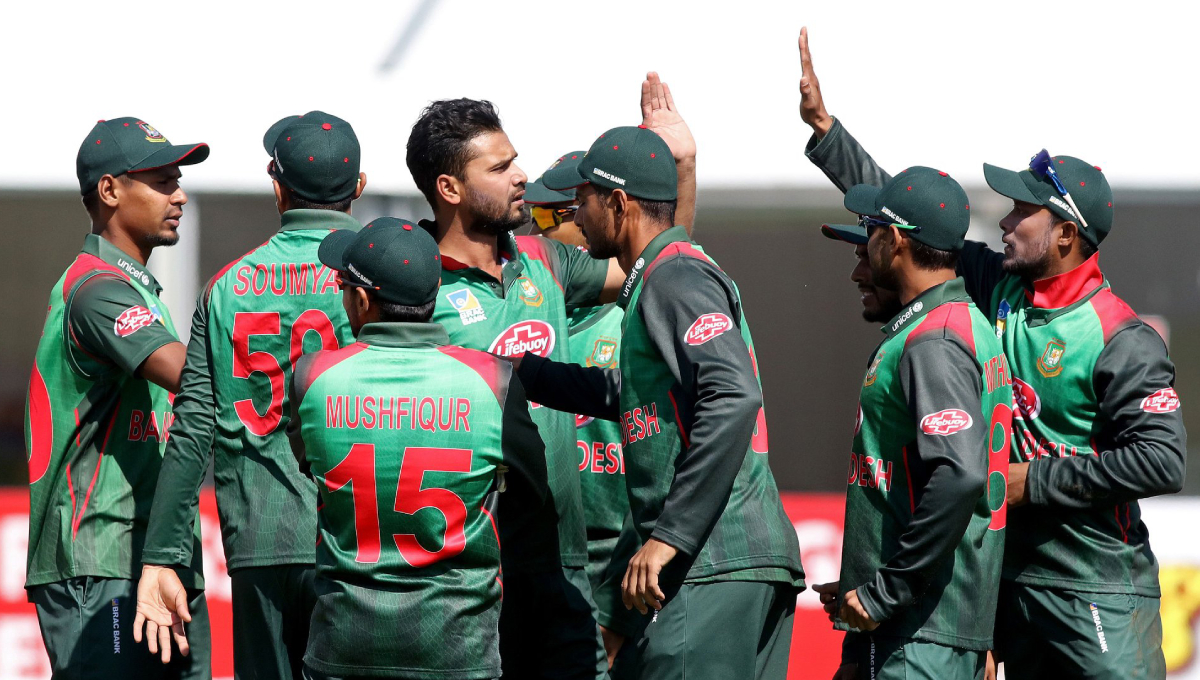 Dhaka, May 13 : Bangladesh reached the final of the ongoing tri-nation series in Ireland with a comprehensive five-wicket victory over West Indies on Monday at The Village, Dublin.

The two teams will lock horns again in the final at the same venue on May 17. Bangladesh might face a tougher West Indies in the final as some of their key players will join the team after their stint in the IPL.

West Indies posted 247 while batting first after winning the toss, and the Tigers chased it in 47.2 overs with five wickets in hand.

Tamim Iqbal and Soumya Sarkar made a solid foundation while chasing. Soumya hit a fifty (54) while Tamim fell for 21. Coming into bat at four, Mushfiqur Rahim also smashed a fifty (63). Mahmudullah remained unbeaten on 30.

For the Caribbean boys, Ashley Nurse bagged three wickets for 53 in 10 overs while Kemar Roach and Jason Holder took one wicket each as well.

Earlier, West Indies posted a moderate total of 247 for 9 in 50 overs with the help of opener Shai Hope’s 87 and Jason Holder’s 62 runs.

West Indies failed to make an ideal start in the match as they posted only 37 runs in the first wicket stand. Sunil Ambris, who scored a ton in the previous game against Ireland, fell for 23 runs.

Bangladesh captain Mashrafe Bin Mortaza broke the opening stand of the Caribbean. The ball was outside off stump and Ambris went to drive it through the cover but prodded to slip cordon. Soumya Sarkar dived to his right and managed a smart catch.

Two of them were removed by Mustafizur Rahman, who was expensive in the previous match against the Caribbean, another one was taken by Mehidy Hasan Miraz.

However, West Indies made an act of redemption in the fifth wicket stand when Hope and Holder added 100 runs on the board. Hope was doing well enough to register his fourth ODI ton against the Tigers. But he failed to judge the angle of the ball of Mashrafe and gave a catch to the wicketkeeper.

Hope went to pull but fell for 87 with six fours and one six.

Mashrafe also removed Holder who looked to get more dangerous for the bowlers of the Tigers. Holder posted 62 with three fours and one six.

Hope was the best batsman with his brilliant 87.

The most positive thing of Bangladesh in the innings was Mustafizur’s bowling. He took four wickets conceding 43 runs in nine overs to be adjudged man of the match.

In the previous game, he took two wickets but conceded 84 runs, which was his second worst bowling in ODI cricket.

West Indian batsmen were clueless to play against Mustafizur’s off-cutter and slower deliveries.

Along with Mustafizur, Masrhafe bagged three wickets as well. Shakib Al Hasan and Mehidy Hasan took one wicket each. Shakib conceded only 27 runs in 10 overs while Mehidy gave away 41 runs.

Bangladesh made one change to their previous playing XI as Mohammad Saifuddin was sidelined due to a back injury, and Abu Jayed Rahi got his ODI cap. The right-arm pacer played five Tests and three T20Is before ODI debut.

The Tigers came to this match aiming a place in the final of tri-nation series. They won their first match against West Indies by eight wickets. However, the second match against Ireland was washed out due to persistent rain.

Bangladesh will play another game before the final against the hosts Ireland on May 15 at Clontarf Cricket Club Ground, Dublin.

Trial in 17 Khaleda cases to be held in Keraniganj jail