Janhvi Kapoor remembers Sridevi on Mother’s Day, asks everyone to cherish and listen to mothers 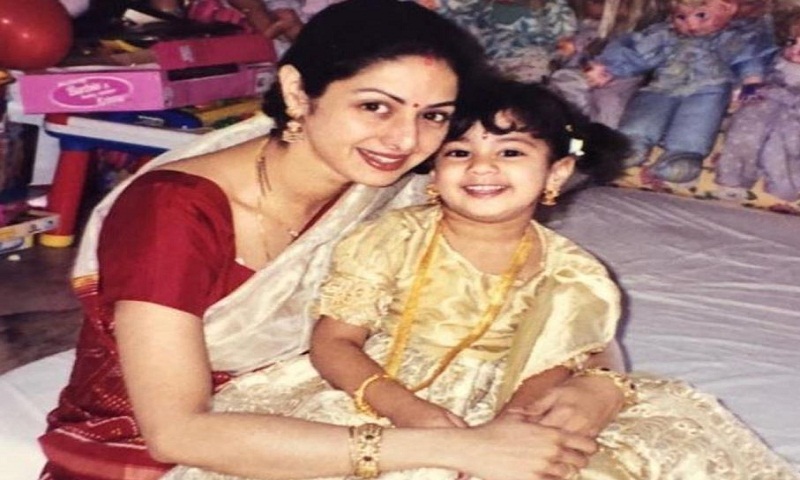 On the occasion of Mother’s Day on Sunday, actor Janhvi Kapoor shared a heartbreaking post on Instagram while remembering her late mother and actor Sridevi. reports HT.
Janhvi shared a childhood picture of herself with Sridevi and captioned it, “Cherish them, listen to them, give them all the love in the world. Happy Mother’s Day.” The actor can be seen sitting in her mother’s lap. She can be seen wearing Sridevi’s gold necklace around her neck and a bindi and pigtails. Both of them are wearing traditional Indian outfits.The Mr India actor died last year of accidental drowning in a bathtub in her hotel room in Dubai, days after she attended the wedding of husband Boney Kapoor’s nephew Mohit Marwah. Janhvi and her sister Khushi found support in step-siblings Arjun Kapoor and Anshula Kapoor who came together as a family post Sridevi’s death.

Janhvi also shared the couch on Karan Johar’s chat show, Koffee With Karan with brother Arjun during the sixth season. Her debut film Dhadak released a few months after Sridevi’s death and went on to be a hit with collections of Rs 74 crore at the domestic box office, as reported by BollywoodHungama.com.

Janhvi had earlier said in an interview, “You know at the end of the day, we have the same blood in us. I don’t remember anything of those four months (between Sridevi’s death and Dhadak’s release) but I do remember that one day when we were sitting in Harsh (Anil Kapoor’s son) Bhaiya’s room and Arjun Bhaiya and Anshula (Arjun Kapoor’s sister) Didi came in — I think that was the one day when I felt like, ‘Ok maybe we might be okay’. Whom could we rely on? So, Khushi and I found ourselves leaning on them. A strong trust was forged between us. They’re so chilled out, such gracious and strong people, who encourage you and are real with you. We’re blessed.”