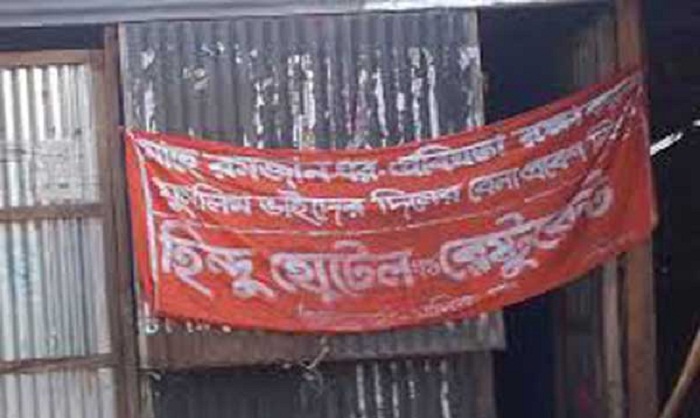 A group of transport workers on Friday allegedly attacked at least five restaurants and vandalised them as foods were served there to the Muslims in the name of ‘Hindu restaurant’ during the Holy Ramadan.
The incident took place around 2:30pm in the Kadamtali bus terminal area of Sylhet.

On information, in the month of fasting, some owners of the hotels of the bus terminal serve meals hanging curtails around their store. There raises a rumour that non-faster also go there and have lunches.Hearing this, a group of transport workers, under the leadership of District Transport Workers’ Union treasurer ShamsulHaqueManik, went to the restaurants and vandalised them.

At least five restaurants were vandalised.

They owners of the stores were identified as Krishna Das, Sujan Das and Rangalal Das.

When asked the reasons behind this vandalism by the journalists, the union leader Shamsul Haque said, “They were serving foods to the Muslims in the month of Ramadan in the name of Hindu restaurants. We have warned them and said to sell food in an open manner so that we can see who go there for eating.”