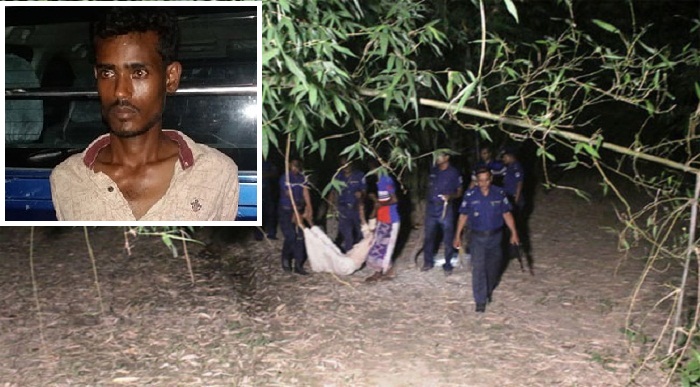 A youth, who was allegedly accused of raping a school girl, was reportedly killed in gunfight with the police at Gangni upazila in Meherpur early Saturday.
The deceased was identified as Yakub Ali Kajol, 28, son of Jalaluddin of Garadoba village in the upazila.

Kajol was also accused of another case of throwing acid on a housewife, Gangni Police Station sub inspector (Investigation) Sazedul Islam said.He said a team of the police along with Kajol went to the spot to recover hidden firearms.

Sensing the presence of the law enforcers, his associates opened fire toward police, prompting them to retaliate, triggering the gun battle.

The gunfight left Kajol injured with bullet. Later, he was rushed to Gangni Upazila Health Complex, where duty doctors declared him dead.

Four policemen including a SI of the police station were also injured in the incident.

They were receiving treatment at the health complex.

Police recovered two pistols, two round bullets and a large chopper knife from the spot.