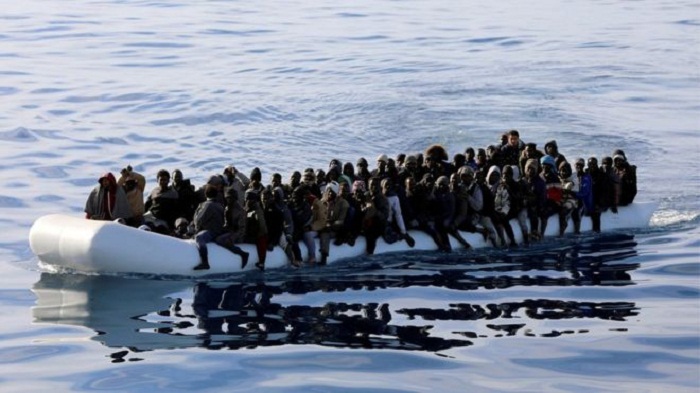 At least 65 migrants have died after their boat capsized in the Mediterranean off the coast of Tunisia, the UN refugee agency says.
Sixteen people were rescued, UNHCR said in a statement.

Survivors say the boat left Zuwara in Libya on Thursday and ran into trouble during strong waves.About 164 people died on the route between Libya and Europe in the first four months of 2019, UNHCR figures show.

The incident is thought to be one of the deadliest shipwrecks involving migrants since the start of the year.

The survivors were brought to the coast by the Tunisian Navy and are awaiting permission to disembark. One person has been transferred to hospital for medical treatment, the UNHCR says.

The navy dispatched a ship as soon as it heard about the incident and came across a fishing boat picking up survivors, a statement from the Tunisian defence ministry said.

The passengers are understood to have been from sub-Saharan Africa.

“This is a tragic and terrible reminder of the risks still faced by those who attempt to cross the Mediterranean,” the UNHCR’s Vincent Cochetel said in a statement.Some reports put the number on board higher so the toll could rise.

Thousands of migrants attempt to cross the Mediterranean to Europe every year, and Libya is a key departure point.

Those who make the journey often travel in poorly maintained and overcrowded ships, and many have died.

But since mid-2017, the number of migrant journeys has declined dramatically.

The decline is largely because Italy has engaged Libyan forces to stop migrants from setting off or to return them to Libya if found at sea – a policy condemned by human rights organisations.

In the first three months of 2019, some 15,900 refugees and migrants arrived in Europe via the three Mediterranean routes – a 17% decrease on the same period in 2018.

In January, a UN report said six migrants died crossing the Mediterranean every day in 2018.