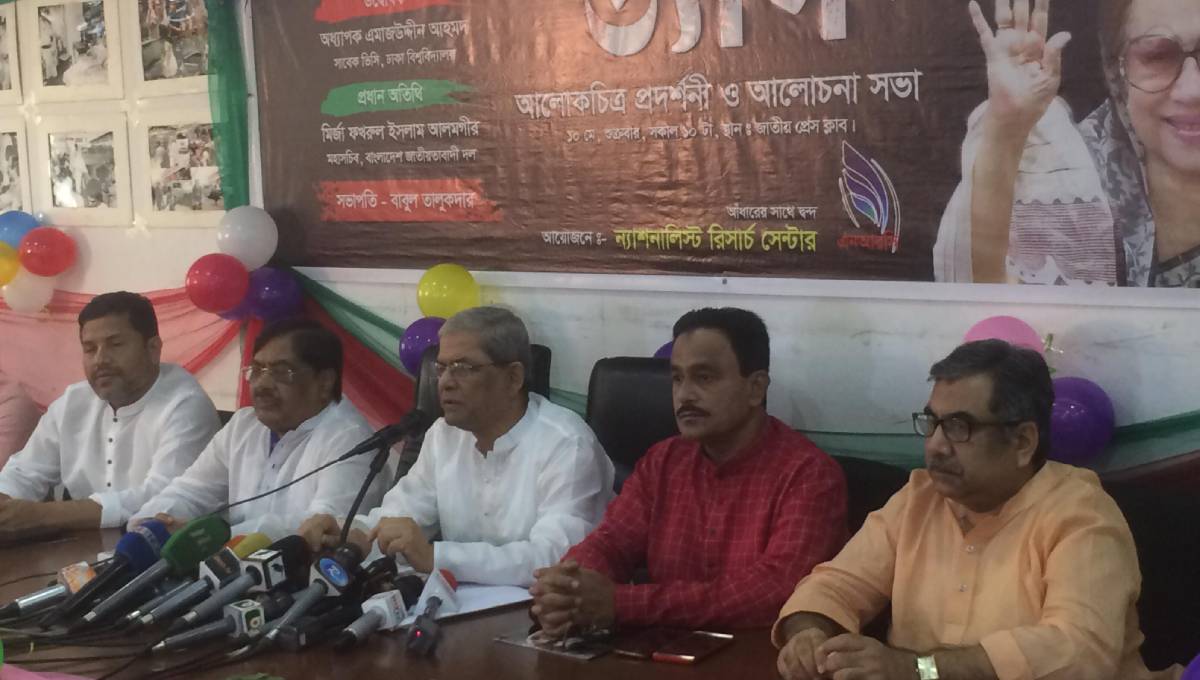 Dhaka, May 10 : Stating that they are trying to pursue the fair politics based on reality, BNP secretary general Mirza Fakhrul Islam Alamgir on Friday urged his party colleagues not to get confused with the government‘s ‘propaganda’ against their party.

“The world is changing fast while geopolitics is taking a different shape. We must now cope with this new political trend and work out our strategy based on reality. It’s not an easy task. We’ve to use every available scope to carry out our struggle for democracy,” he said.

Fakhrul came up with the remarks while speaking at a discussion-cum-photo exhibition programme arranged by Nationalist Research Centre at the Jatiya Press Club.

Mentioning that their acting chairman Tarique Rahman is running the party from abroad, he urged BNP leaders and activists to get united and follow the right path of politics to restore democracy.

“We must now think how we’ll move ahead under the current situation. We’ll have to adopt the changes with the passage of time. We won’t be able to achieve many things with only raising the populist slogans. So, we need to be pragmatic,” Fakhrul observed.

The BNP leader said the government has kept their chairperson Khaleda Zia in jail through a deep-rooted plot to destroy democracy. “The government won’t be able to prolong her stay in jail as people will free her with their united efforts.”

He also called upon BNP leaders and activists to take a vow to reach their goal of restoring democracy and freeing Khaleda Zia from jail instead of getting frustrated with the current political situation.

Fakhrul said the existence of Bangladesh is now at stake as a plot is on to turn it into a failed state.

The BNP leader alleged that people have now got hostage to the ruling party as the government has destroyed the judiciary, police, Election Commission and all the democratic institutions. “We must carry out our struggle to get rid of the current situation instead of getting frustrated.”

Recalling Khaleda Zia’s contributions to politics and the country, the BNP leader said Khaleda Zia is a rare democracy-loving and dedicated leader in the Asia who sacrificed a lot throughout her life for democracy. “She never bowed down to unjust and worked for turning Bangladesh into a true democrat ion nation.”