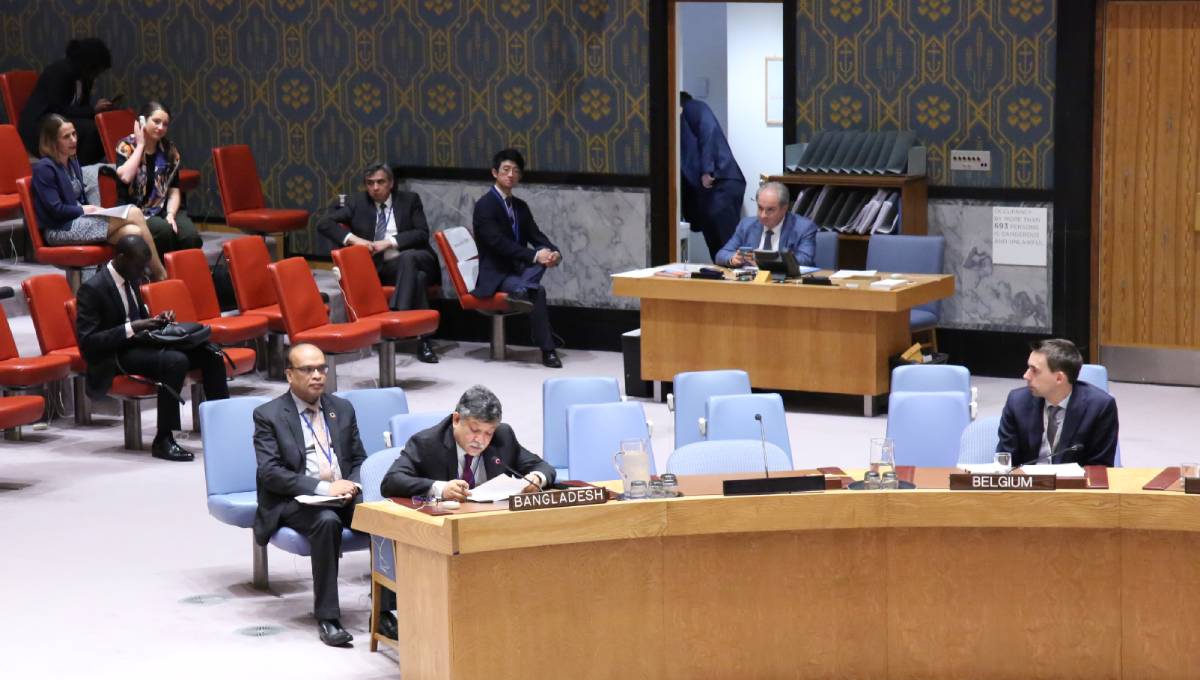 Dhaka, May 9 : Bangladesh’s Permanent Representative to the UN Ambassador Masud Bin Momen has called for a strong collaboration among UN Secretariat, member states, and troops and police contributing countries to achieve comprehensive training for peacekeepers.

He was speaking at the open debate on ‘peacekeeping training and capacity building’ at the UN Security Council recently, said Bangladesh mission on Wednesday.

Bangladesh stood fifth among the TCCs/PCCs in contributing female peacekeepers in 2018.

The envoy said that the UN peacekeepers, working in the complex cultural and political situation in a foreign country, require the comprehensive management of training needs.

Regarding the aspect of priorities for training needs, Ambassador Masud highlighted Bangladesh’s priorities particularly pre-deployment training on awareness against sexual abuse and exploitation.

The courses were prepared following UN specified training curriculum and these are reviewed regularly as per the latest guidelines and policies of Integrated Training Service of UNDPO.

On the aspect of partnership, Masud referred to Bangladesh’s partnership with Germany, US PACOM & UNDPKO and UNHQs in ‘IED train the trainer course’, seminar on ‘achieving operational readiness’ and the upcoming ‘Comprehensive Protection of Civilian Course’.

Regarding practices, he emphasised sharing relevant experiences and practices from other UN missions and sharing recommendations of senior mission leaders to mitigate the training gaps in areas of human rights, safety and protection of troops and civilians and gender violence.

He also mentioned that Prime Minister Hasina is a member of the Circle of Leadership on the prevention of and response to sexual exploitation and abuse by peacekeepers.

While telling about various success stories of Bangladeshi peacekeepers, he reiterated the country’s commitment to increase female peacekeepers gradually.

The open debate was convened by Indonesia, the President of the UNSC for the current month.

UN Secretary-General António Guterres delivered opening remarks focusing improving and strengthening comprehensive training and its related mandate which is a major shared commitment of the Action for Peacekeeping initiative.

More than 60 member states participated at the event, including 15 members of the council.

Wife kills husband with her lover in Sylhet