30 injured as Biman aircraft skids off runway in Yangon 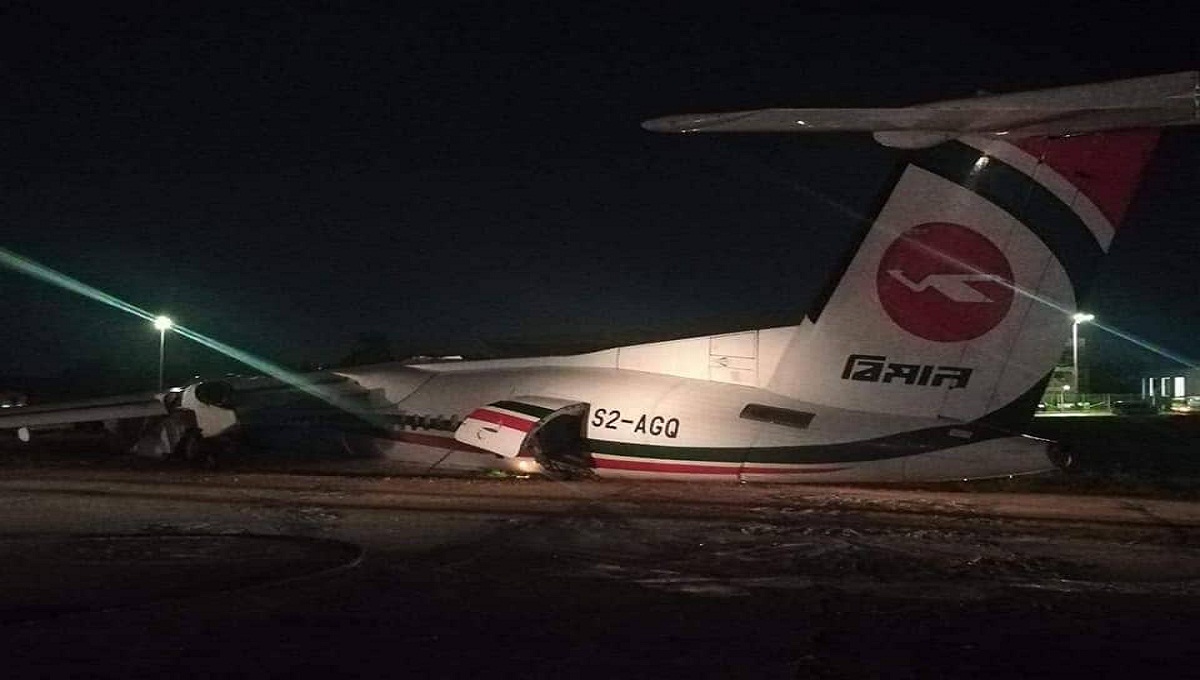 Dhaka, May 8 : A Biman Bangladesh Airlines flight from Dhaka to Yangon skidded off the runway while landing at Yangon Airport in Myanmar on Wednesday evening due to inclement weather, leaving around 30 people injured.

“Unfortunately, a Biman Bangladesh Airlines flight from Dhaka to Yangon skidded off the runway while landing this evening. Weather was not good at that time,” said an official at the Bangladesh mission in Yangon wishing anonymity.

He said all the passengers –around 30 — were injured in the accident and over 15 of them were hospitalised.

However, Civil Aviation and Tourism Secretary Md Mohibul Haque told UNB that 15 passengers were injured in the incident and all of them are out of danger. “There’s no serious injury. The injured were being treated at Myanmar hospital,” he said.

It skidded off the runway around 6:22pm due to inclement weather while landing at the Yangon Airport, he said, claiming that all the passengers are safe.

Shakil Meraj also said they are sending a special aircraft to Yangon at 10pm today to bring back the return flight passengers and crewmembers.

WB to provide $165mn to improve service delivery to Rohingya

Wife kills husband with her lover in Sylhet