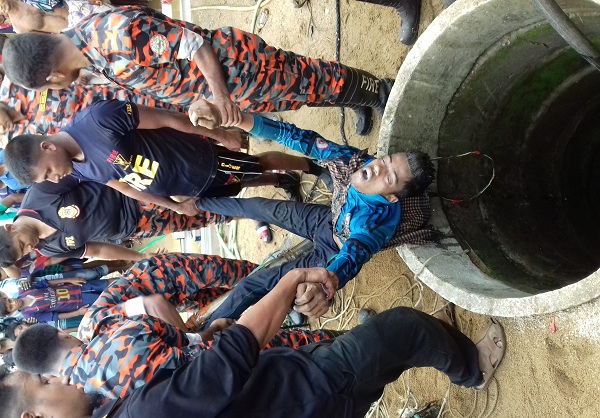 Sylhet Office : Two young men were electrocuted while repairing an electric pump at Jaflong in Gowainghat upazila on Monday noon.

The deceased were identified as Khokon Mia, 19, son of Alawal Mia of Shiddhirganj upazila of Narayanganj; and Iqbal Hossain, 18, son of Ahaher Mia of Ajmiriganj upazila of Habiganj.

Hillol Roy, officer-in-charge of Gowainghat Police Station, said Khakon got down into a well to repair a water pump in Panamar Crossing area.

He came in touch with a live wire and Iqbal tried to save him. “Both died on the spot,” the OC said.

Police recovered the bodies and handed them over to their families after autopsy.